The Thing
A classic horror movie from 1982 (that was actually a re-make of an even older movie), directed by John Carpenter and starring a young Kurt Russel and a really young Keith David (whom I've discussed being a big fan of). This movie was great back in the 1980s, but has it aged well? Let's review...

For those unfamiliar with the movie, and without me giving it away, it is basically about an alien that can look like anyone that infiltrates a US Antarctic Research Base, resulting in both gross monster-moments, and tense psychological thrills as the men on the base grow ever more suspicious of each other. 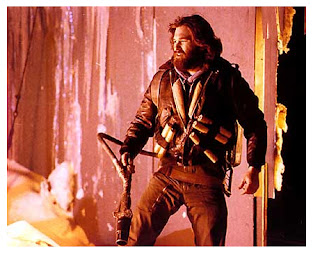 The remarkable thing about this movie is the special effects still look great today. That is because instead of 3D imagery that would have aged horribly, make-up and plastic and whatnot was used. This results in incredible looking monsters/aliens that still impress almost 30 years later. The acting is great, with the increasing stress and intensity faced by the crew clearly taking its toll on their sanity. 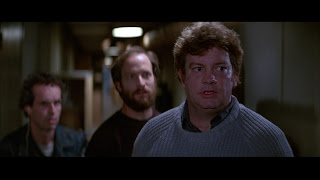 This movie was enjoyable back then and is still a great flick now. If you are a fan of monster-movies, psychological-thrillers, or any kind of sci-fi with a horror twist, you will undoubtedly have a fun time. With news of a prequel coming this year there has never been a better time to get acquainted (or reacquainted) with The Thing.
4 out of 5 stars.
Posted by David Charles Bitterbaum at 9:50 PM