I said what looked good, now to spotlight what looks to be stupid, bad, or just plain horrible. I do this as a public service to warn you of the unsavory things that lurk in Previews, mostly toward the back of the book where more creative projects can flower, but unbelievably awful things get to grow like mold too. Take my hand and feel free to close your eyes if you find it to be too much... 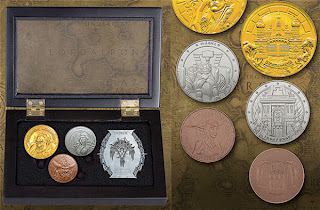 World of Warcraft Coin Set, Page 137, $69.99 per set
The only thing toward the font of this issue of Previews, and this isn't terrible so much as stupid. A bunch of gold, silver, and bronze-plated coins with various Horde or Alliance logos/characters, depending on which seventy dollar set you buy. That's right, for all the designs you have to buy two different sets. I enjoy WOW, but I'm not going to blow my money on coins that aren't worth the metal they are plated with. 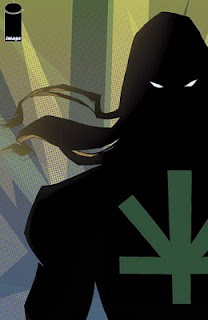 Marijuanaman Hardcover, Page 183, $24.99
Ziggy Marley supplied the idea...I see he is working hard to counteract the image of Reggae artists as being big pot smokers. Seriously though, this brags, "This is not the comic you think it is," making me think it really is. I don't know, I like Joe Casey's writing, maybe I will be utterly surprised and this will be an incredible comic. I just really doubt it. 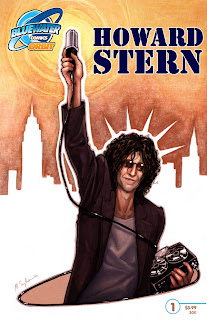 Pretty Much All of Page 247 and 248
Oh Bluewater comics, you must have gotten tired of publishing comics with lame stories and terrible art and instead want to continue to cash-in on your biographical comics where the people you spotlight don't actually get any of the profits from your comic--and the art continues to be horrible. We have the "Fame" line with topics such as the cast of Glee, Lady Gaga, Justine Bieber, Taylor Lautner, and other people it seems the teens today love. Then there is your "Female Force" line that was originally politics-focused but now has expanded to discuss random women such as Kathy Griffin. Now we have a new mini-line called "Orbit" which sounds a bit like obit--short for obituaries, but whatever. Who do we feature first for that, why Howard Stern! Yes because people were just dying to read about him. To round things out you have some of your actual original comics, with the "Vincent Price Presents" that I actually sometimes enjoyed nowhere in sight replaced with junk like a comic called Paparazzi, which seems like some sort of spoof of the celebrity-obsessed media with a super-hero twist. Hey Bluewater, you might want to take a hint from your own comic about putting out shoddily put-together comics with whoever is hot in entertainment right now. 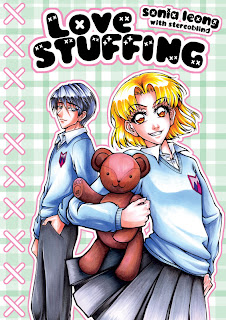 Love Stuffing Volume 1 Graphic Novel, Page 306, $8.99
From what I can gather, this comic is about a girl who doesn't think she is popular, and to get the boys to notice her she looks to her stuffed animal toys for inspiration and decides to, "stuff herself." I am weirded out by what this could mean. Is it something as innocuous as wearing a padded bra? Or is it putting stuffing in all her clothes, or eating stuffing, or what the hell? It says, "Borrowing 'love' from her fluffy friends, she 'stuffs' herself and goes to school." Why does this seem to have some creepy sexual overtone? I know it isn't just me, look at this actual piece of art: 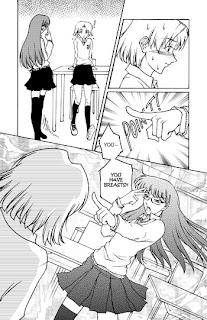 I feel very uncomfortable, and this isn't even the worst item on page 306. Below I present the piece de la resistance. 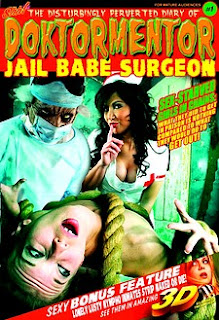 
That's everything that scarred me for life. I hope you aren't traumatized.