Because I Read Independent and Art Comics Too--Asthma 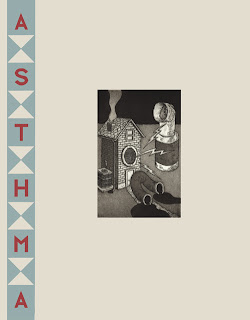 Asthma
I enjoy reading art-comics, and after reading a post in the Comics Journal more than a year ago about Asthma I finally got around to buying it from Sparkplug Comics (a great independent comics company). I then eventually finally had time to sit down and read it through, and boy was I confused.

The comic is split into various pieces, with the comic bits titled "Dance" happening at various points between the bigger pieces. Amateur Comics is one piece, which jumps around with a man appearing in some of the panels, but not others, as the scene changes. The art looks good in it but I was really confused about what it meant. 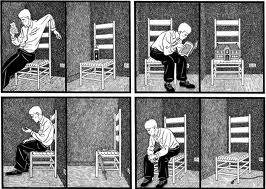 "Epictetus" was a one-page short story that I found interesting, and it didn't leave me utterly befuddled like some of the comic pieces. Another piece that takes up a smaller amount of pages follows, titled "Where's the Wire?" It is another interesting story, but the art wasn't as impressive looking in this piece as some of the others.

The middle of the book is made of a scene where a woman named Martha Gregory (also the title) thinks various thoughts, before the focus flips to a unnamed older man. Hankiewicz draws some nice-looking people, and I enjoyed the piece even though it went on for a long time. I found the titles for each segment of this piece amusing also, so it was fun to crack a smile. 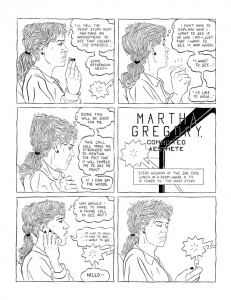 "McColum Park/Millennium Park" is a piece with no text, and I found it a bit dull, but it is followed by my favorite piece, "Westmont Is Next." I liked the art of the piece and found the story about the station very interesting. "The Kimball House" follows it, and this piece has very abstract art and a somewhat humorous story, so I liked it quite a bit too. "Jazz" is made up various pieces, including the title bit, "Asthma". It features bizarre landscapes, cartoonish characters appearing with realistic ones, and in between these parts some one-page scenes of the hands of an older man morphing into children hands with a small bleeding cut. It is a really weird part of the comic, but I found it intriguing even if I couldn't make heads or tails of it. 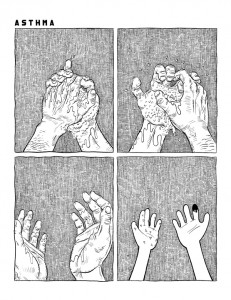 The book's last big piece is "Lot C (Some Time Later)," a short story about a parking lot with minimalist art. It was okay. After that is some more short "Dance" comics and then the book ends.

Overall, I at least liked the art in each piece, and enjoyed the stories that I could understand--with half the book being very confusing to me. I don't think it is that I'm too dense, I think the comic is supposed to be somewhat impenetrable. In closing, I found this comic quite interesting, and would recommend people read it who are in the mood for something different.
4 out of 5 stars.
Asthma

if you're feeling experimental.
Posted by David Charles Bitterbaum at 10:00 AM