This Sunday night let's discuss what is new and looking like it might be quite enjoyable in the newest issue of Previews. Then Monday morning the horrible-looking stuff will be looked at too. 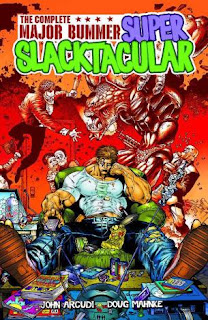 Pg. 54, The Complete Major Bummer Super Slacktacular, $29.99
I loved, "A God Somewhere," by John Arcudi, declaring it my favorite original graphic novel of 2010, and I have heard this was a great series back when it came out, so I would be intrigued to read about a man with heroic powers...who doesn't actually want to be a hero. Sounds fun. 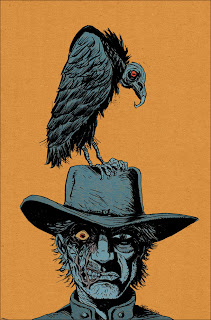 Pg. 113, Jonah Hex #69, $2.99
I've never read this series, and I saw the movie that everyone hated which also apparently butchered the comic's concept. So, why am I at all interested in this? Simple reason, Jeff Lemire is illustrating it. Now that should make for a great read. 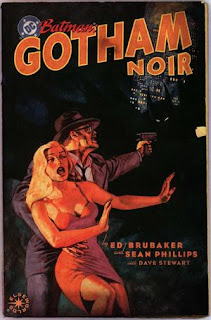 Pg. 117, DC Comics Presents: Batman--Gotham Noir #1, $7.99
An Elseworld's tale in the style of old mystery and noir films, written by Ed Brubaker and illustrated by Sean Philips, the team behind the phenomenal series Criminal and Incognito? Yes please! 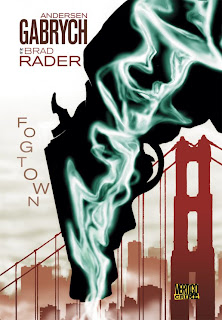 Pg. 132, Fogtown TP, $12.99
A crime story set in the 1950s with a hard-boiled private eye, dames, a dark crime under-belly--sounds like your usual crime tale, right? Well, did I mention the private eye is a deeply closeted homosexual? Yeah, now we've got an interesting book that not only provides a good crime yarn but that explores concepts of sexual and gender identity. I read good reviews but never saw a hardcover to pick up so I'll order this trade. 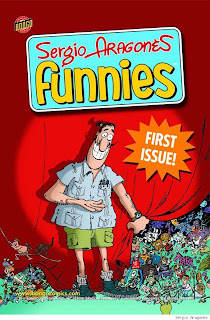 Pg. 258, Sergio Aragones Funnies #1, $3.50
I always enjoy Sergio Aragones work in Mad Magazine and I've noticed how he has done work with Bongo comics in the past, so it seems fitting that what I think is their first non-television-related comic is by him. They have Simpson and Futurama comics, and now they have what seems to be both story comics and joke strips by Aragones. It should be interesting. 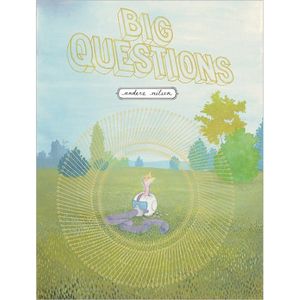 Pg. 291, Big Questions TP, $44.95
Anders Nilsen has been doing arguably some of the best work in independent comics with his series, "Big Questions" which will now be collected completely over 600 pages in this trade paperback (or the more expensive hardcover). It isn't cheap, but for what is essentially his magnum opus at--as I stated--600 pages, that isn't a bad price. This is Nilsen's latest masterpiece and I'm excited to have it collected all as one item. 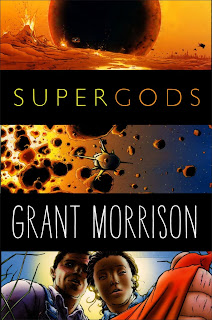 Page 351, Supergods: What Sun Gods Can Teach Us About Being Human SC, $26.00
Grant Morrison writing about superheroes, culture, comics, and whatever else he wants. Considering how Morrision is a mad genuis I'd be eager to read his thoughts on about anything. 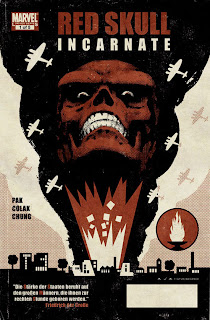 Marvel Book 30, Red Skull #1, $2.99
An origin tale of the Red Skull, which is something I wouldn't normally care too much about, except this is being done in the style of the amazing, "Magneto: Testament" by the same man who wrote that series, Greg Pak. So this is sort of examining the other side of the coin of WWII and Nazis. Therefore, this should be an interesting way of seeing how a normal boy becomes one of the most hateful characters in all of the world. 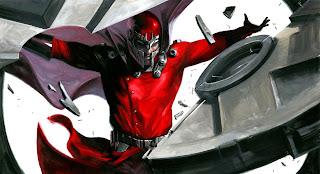 Marvel Book 43, Vengeance #1, $3.99
A book about villainy in the Marvel Universe? Eh, I'm not too excited. What's that, its being written by Joe Casey, really? Well, now you have my attention, and now I'm definetely excited to see what is in store. Joe Casey always brings an interesting twist to his mainstream super-hero work so this shouldn't be just a dull stroll through the world of super-villains. 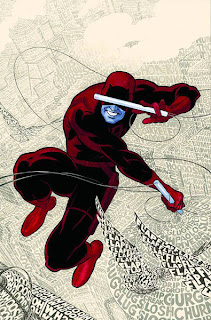 Marvel Book 49, Daredevil #1, $3.99
Daredevil has been an amazing series under the pen of Bendis and Brubaker, then it was okay under Diggle before he took it too far off the deep end with the "Shadowland" event which was absolutely wretched. Mark Waid will be writing this though, and I'm a fan of his work on a variety of the projects he has done over his long career (with my current favorite being Irredeemable) so I'm thinking this might be a great re-launch that will be different from the super-dark Daredevil we've gotten used to over the years--as Waid himself has said he is going to make the comic a bit lighter.

That's what is both new to me and looks like it will be worth reading. I of course am always interested in what you think!
Posted by David Charles Bitterbaum at 9:27 PM