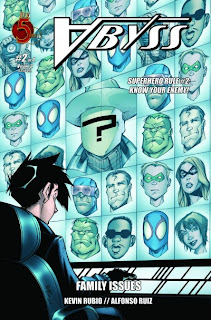 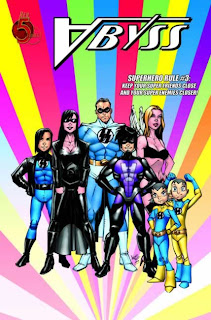 Abyss: Family Issues #2-3
Kevin Rubio has written an enjoyable comic that both skewers and pays homage to super-heroes while telling a good story in its own right too.

I've reviewed issue one of this series, but have continued to enjoy it so I figured why not talk about the issues after? Why have I been liking this so much? Well, it gently mocks super-hero comics while also having a real love for them--a hard balance to pull off that Rubio is able to do admirably, and boy is this series funny. That's right, funny. Too often super-hero comics seem to get dragged down into being depressing and overly-serious, and while this comic does have its straight-faced moments, it isn't afraid to crack a whole bunch of jokes and point out the absurdity of a world where good guys and bad guys fly around fighting each other. 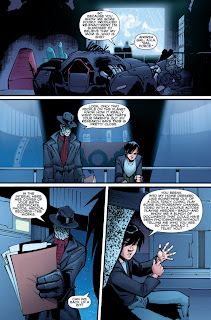 The art compliments the writing well, and if you pay close attention you can find all sorts of clever references to other comics and forms of media hidden away throughout the issues, which is its own fun mini-game to this comic you can do after just enjoying the issue on a regular read-through. Don't think the hidden gags are distracting or anything however, because the story itself is quite strong, focusing on the son of a super-villain trying to be a hero while dealing with all the issues that would bring--with a major problem in this series being dealing with parental histories, hence the title of "Family Issues". 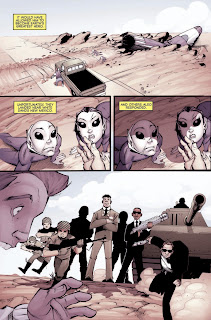 This is a very entertaining comic series and I look forward to the last issue in this story-arc. I've been enjoying the series so much I asked the writer, Kevin Rubio, for an interview and he was nice enough to agree. Look for that to go up in a couple of hours!
4 out of 5 stars.
Posted by David Charles Bitterbaum at 12:45 PM