Album of the year of what is now last year--Kanye West: My Beautiful Dark Twisted Fantasy. 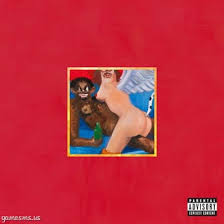 Many people, including me, have given the album rave reviews, and I am not alone in crowning it the album of the year; Time magazine, Rolling Stone, and The Factual Opinion are just a few of the many that have recognized the brilliance of this record. Kanye has seemed to have a problem where as the production gets better on every album, the lyrics get worse. His debut "College Dropout" had amazing lyrics and good production, "Late Registration" had good lyrics and great production, "Graduation" was mostly medicore in terms of lyricism but had some incredibly produced songs, and 808s and Heartbreak had essentially no rapping but was a tour-de-force of music. This album though, is a return to great lyrics and production that is his best yet. 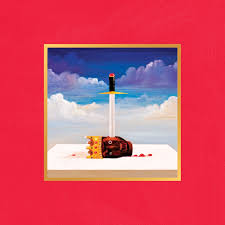 I still think "The College Dropout" is his best album of all-time. This album almost matches the amazing rawness of that first album though, and the production in incredibly better, with West's lyrics almost matching the quality on the first LP. And the production, DAMN! From the piano-backed pseudo-gospel of his opening track, to the loud and adamant, "Power", along with all the other great tracks and my favorite, the truly beautiful, "Runaway," this album sounds like dynamite (in a good way). Side note: Many people have seemed to love Monster, but I actually only find it okay--go figure. Some of the tracks aren't amazing, but the ones that are truly make this album shine. 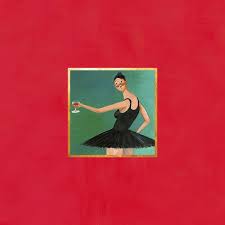 West has garnered so much hatred due to his outlandish behavior. From interrupting Taylor Swift (whom I really dislike, but I'll admit it was rude) to bragging about himself in ways that would make even the biggest narcissist blush. The thing is, much of the time Kanye has a right to boast. He tells us how incredible he is, and then does something few who make such claims can--he proves it, and the screams from the haters are just the theme music to his super-heroics, as he brags on the opening bars of "Power". Kanye West knows you think he's a monster, he knows you think he's an abomination, and he feeds off all this to create pieces of art that one can't help but stand in awe of. 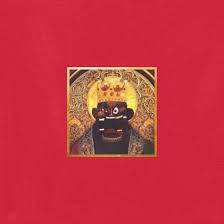 After the Taylor Swift incident West said he was going to disappear for awhile. True to his word, he did, and in the process of this self-imposed exile a masterpiece was created. You can hate Kanye, but that just gives him more drive, you can love Kanye, but he warns you he'll just let you down--because at the end of the day, he knows he's a douche-bag, he knows he's an asshole, he is quite aware that he's a scumbag, and he's just going to toast his fellow jerk-offs while warning you to run away as fast and far as you can. You won't want to run though, because the product of Kanye's dark and twisted fantasies is truly what the album claims, beautiful.
Posted by David Charles Bitterbaum at 1:04 PM