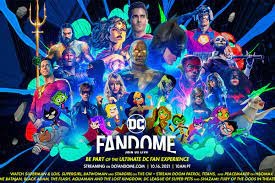 Even though in-person comic conventions are coming back it is still popular to do virtual ones (which I think is good as they help those who can't always afford or physically access in-person cons). DC held its latest Fandome today and a whole lot of interesting things were revealed to the in-person and digital crowd.

In terms of movies and streaming, there was a new trailer for the oft-delayed but now arriving in March 2022, "The Batman," movie. A teaser was released for that standalone, "The Flash," flick which will feature Micheal Keaton's return as Batman. "Peacemaker," got a hilarious trailer for its HBO MAX show. Dwayne Johnson showed off, "Black Adam," footage. Season 3 of the, "Harley Quinn," cartoon is being made with the animators hard at work too. 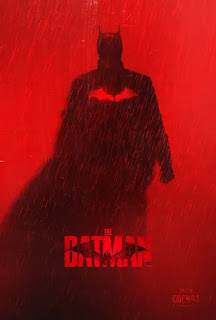 With comics it was revealed Superman will now say how he stands for, "Truth, justice, and a better tomorrow," as opposed to that last one being, "The American way," so expect pointless controversy over that. More Milestone titles are coming, and a Wonder Woman event, "Trial of the Amazons," will be released too. More than those things were discussed, but that is what caught my eye.