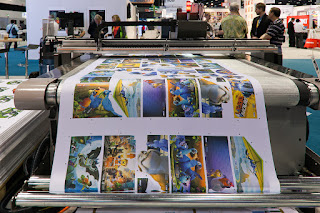 America is facing of shortage of basically everything, and paper is included in that. It is not just toilet paper--remember when we all freaked-out about that the first time? Actual paper like for books and comics are in short supply and this has affected comic-book production. DC has delayed a number of titles at various points already a few weeks here and there due to a lack of supply.  Manga has taken a hit. No publisher seems immune.

One really big piece of news is that Image Comics will not be doing second/third/etc. printings of their comics from this point. They'll do a first printing of a new title along with its variant covers and that's it. Now, one could point out stopping ratio variants could help with stores over-ordering these first prints to the point where comics will just sit around in their effort to get a rarer variant, but that is its own argument.

The main thing is that for now Image will release a comic, and that's it until it is collected in a trade paperback. This could make some popular titles a bit more rare and folks might have to turn to eBay/Mercari/Whatnot/etc. for a new comic if they don't preorder it from their shop and find it sold out everywhere. One could say this is a cynical move by Image to boost orders for debut issues of books, and it maybe is slightly, but the bigger concern is the actual scarcity of paper which lends this some legitimacy. I can already see how crazy this might get if a hot comic has a single printing and gets allocated (e.g. stores don't get all the copies they ordered due to shortages). Lord help us all then.