The Saint Charles Quad Con Today was a Blast! 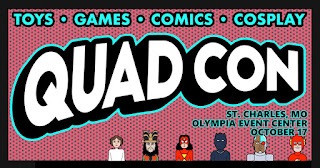 I had a blast today at the Saint Charles Quad Con. The Olympia event center in which it was held had a ton of space for the crowd that started out a little quiet at first and really grew once the afternoon hit. Here are some pics before it got a chunk more busy: 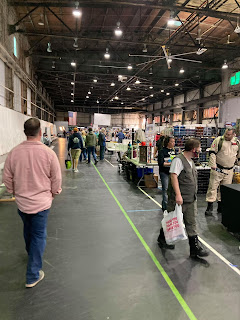 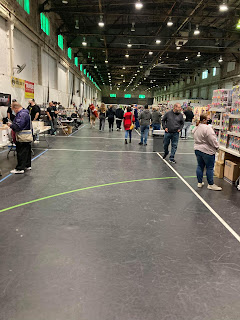 I started the show saying hi to some of the big guests of the con. I chatted with the talented Rags Morales, whose artwork on, "Action Comics," during the New 52 relaunch with Grant Morrison really wowed me. I also met Pixel Dan who had some awesome toys and a book about all the classic He-Man toys which was big and beautiful. Here's Dan: 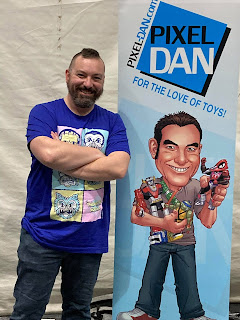 I saw friend of the blog, acclaimed wrestler and actor Bishop Stevens as well. He was his usual friendly and fun self. We talked about how he had been doing since I'd last seen him pre-pandemic: 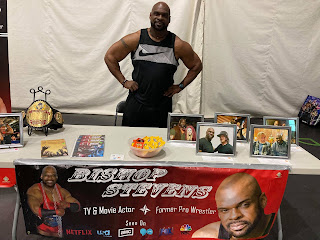 There were an immense number of vendors and creators too. When I entered the show I ran into my old friend Drew of CoMo comics. I bought a snazzy copy of the first issue of Spawn from his booth: 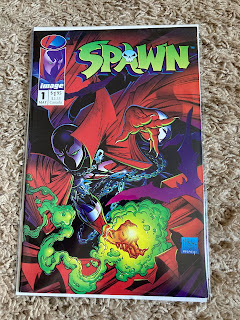 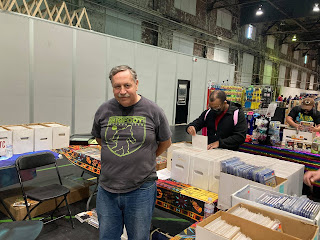 I met the acquaintance of Matt Cargal whose comic book about a stand-up comedian that gains superpowers, "The Comic," will be running a Kickstarter campaign for its latest issue soon: 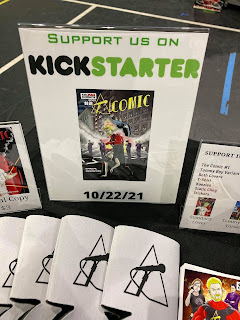 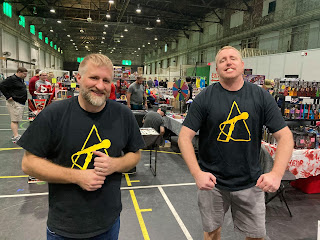 Author Cathy Jackson was the next person I had the pleasure of meeting. She creates what she described as, "Uplifting and encouraging romance." She had a great assortment of books in various sub-genres of romance and shared how it was actually the loss of her mother that inspired her to start writing more as a way to unpack her feelings and process everything. Her husband who helped to design much of her book, Matthew Jackson of Mad Celt Designs was at the show too! They were both great to speak with. Here is Cathy: 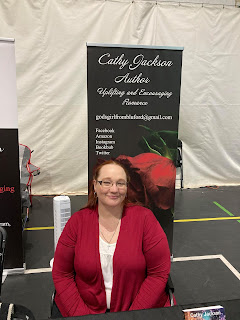 Justin Mosley of Wayne Kent Comics was at the show--on his birthday no less--cutting his usual stellar deals. I also so my buddy Bruce Reynolds who was kind enough to pose for a pic: 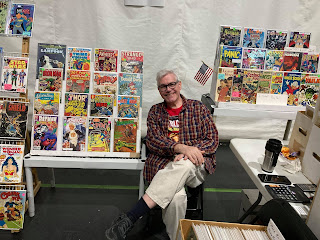 My friend Jack of Trade Up Comics was selling all kinds of cool books too: 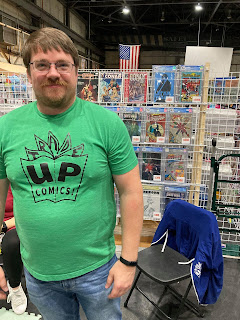 James Doe of Cabal Books had a number of cool books. I bought some from him as you can see with this pic of him and some of his, "Wall books," as they are called: 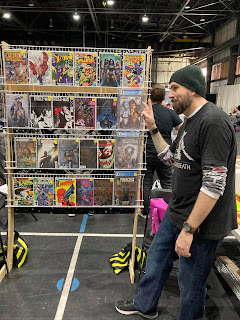 I met Cosmic Comics for the first time and they were awesome! They let me snap a pic of one of their cool shirts and I have a picture of some of the snazzy books I got from them: 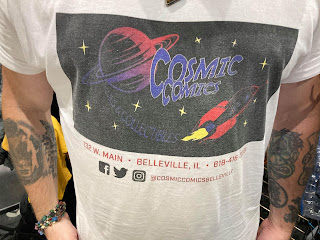 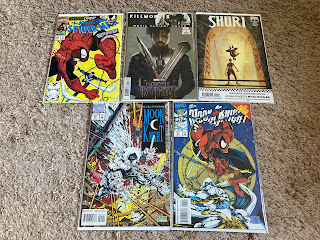 MWS Comics was new to me as well and they chatted with me about how they also clean and press comics: I saw some really cool comics created by Biff! Bam! Boom! Comics. He was showing off a super-hero book that was a bit like the Justice League, a sci-fi one, and a title geared towards younger readers with a Teen Titans-vibe as he described it. I ran into Christa from Hearts Adorned Designs as well. She is very talented at creating costumes and cosplay with custom clothing alterations being something she specializes in too: 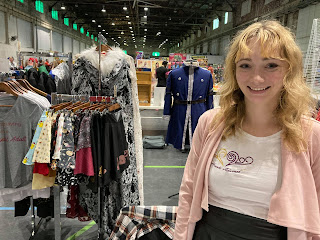 Larry of Bug's Comics and Games was present, and we discussed how I continue to be excited for the grand opening of his new store at the end of October--expect me to be there and report on it! Royalcomic had a bunch of cool comics too and I bought this snazzy, "Marvel Knights Wave 2, "comic with an early appearance of Yelena Belova: 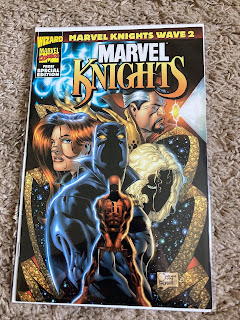 I had a fantastic time at the Saint Charles Quad con today! There were tons of awesome comics for sale (and some I had the pleasure of buying, as I showed), stellar guests, impressive creators, and it was a stupendous day! I can't wait for the next show and will be sure to keep everyone informed of future events!