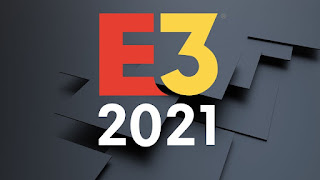 I should've realized when I posted about the new, "Jurassic World: Evolution 2," game yesterday it was part of all the game announcements we are getting as E3 is happening this weekend. Remember E3? It used to be a massive video-game showcase and announcing event but significantly shrunk over the years and then became more of a streaming event due to the pandemic. It is funny to think how massive a deal E3 used to be and now I just check my videogame news websites this weekend and casually observe, "Oh yeah, that's a thing this weekend."

Various games are being announced from vampire hunting ones to space RPGs to slime ranching sequels. I don't have time to play games as often, but I do still enjoy keeping up-to-date on what is happening in gaming. E3 may not be as big of a deal anymore, but it is useful for hearing about some new stuff.