OutKast had taken us on a space adventure in 1996. Afterward, Andre's style started to change and become what some online have described as, "Bohemian," and eccentric. Big Boi and he started using more live instrumentation and experimentation with their tracks with Andre doing most of the production aspects and Big Boi handling the hooks. The result was an introspective and deep LP titled, "Aquemini." The title was a combination of how Big Boi was an Aquarius and Andre was a Gemini, two unique personalities that still made magic. 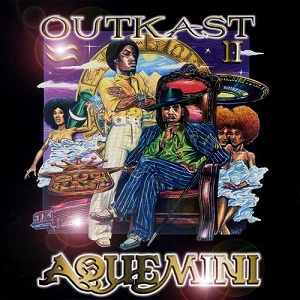 September 29th, 1998. That was the day, "Aquemini," officially released. It went platinum just two months after release and was double platinum before a whole year had passed. It's a fantastic album but whereas with, "ATLiens," you have straight fire at first before things get choppy, "Aquemini," has some incredible hits and an assortment of notable misses. It is still an incredible album and depending on my mood ties with, "ATLiens," and, "Speakerboxx/The Love Below," as OutKast's best LP, it just is interesting how when it works, it's incredible, and when it doesn't work, it is still interesting.

The LP begins with, "Hold On, Be Strong," a soft little hook of a song that states what the title says. Then we segue into the stellar, "Return of the 'G'," which beings with Andre addressing all the rumors about how he isn't on drugs or gay, he's just starting to dress in wild styles, quit actually doing any drugs (around the time of the first album he was a prolific smoker of Cannabis and I once read Big Boi remarking how Andred was the one who taught him to roll and smoke a blunt), and it just a regular guy who admits to being bit eccentric. Big Boi shares his concerns about life as well and hoping he can just kick back and, "Watch my little girl blow bubbles," on a hot day relaxing--but assures us he's ready to do whatever it takes to protect his loved ones. Then the Southern boogie of, "Rosa Parks," arrives and has a killer harmonica solo. 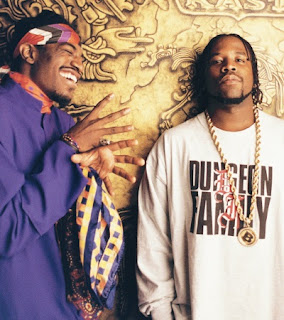 The fourth track features the first guest artist, Raekwon the Chef of Wu-Tang Clan fame. It is titled, "Skew It on the Bar-B," and moves at a shockingly fast pace, showing off how even if Andre and Big Boi were known for their steady Southern drawls when rapping, they could speedily spit verses if called for as well. This leads us into the titular track, "Aquemini," which has a beautiful melancholy melody and is a real treat for the ears. After that is the future-predicting, "Synthesizer," with none other than the Funk-master himself, George Clinton. The song describes a future ruled by the internet, plastic surgery, and everyone being fake. For a song from 1998, it is eerily predictive of the times we live in now. "Slump," has Big Boi with fellow Souhern rappers Backbone and Cool Breeze discussing life on the streets, selling dope, and generally trying to survive--it's a bit of a throwback to the first album,  "Southernplayalisticadillacmusik," with the following track, "West Savannah," being introduced by Big Boi as being a track cut from that debut LP for those who want a bit more of that vibe. It's an interesting little interlude of sorts from the more heavy topics and tones of, "Aquemini."

"Da Art of Storytellin' (Pt. 1)," arrives with its tale of a good friend of Andre's who died of a drug overdose--it is very solemn. After it is  "Da Art of Storytellin' (Pt. 2)," which despite the similar name is thematically quite different. It is loud, abrasive, and sounds apocalyptic--something Andre remarked in interviews was intended. "Mamacita," happens and has some solid lyrics but the actual sound of it isn't for me. I am totally here for the next song though, "SpottieOttieDopaliscious." Yes, its another mouthful of a title, but it is so damn good of a song. It has some amazing horns, a great beat, and tells the story of a beautiful night of romance at a nightclub shattered by some men getting in a massive fight over their pride. "Y'all Scared," has Goodie Mob guesting and is just a slog to get through. I feel like I'm seeing a trend with these posts where when Goodie Mob is on an OutKast song it either is amazing or awful, there is no in-between. 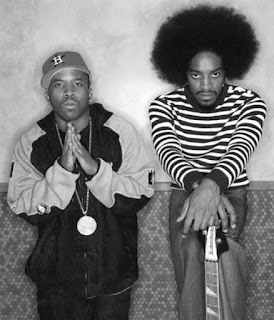 "Nathaniel," is a short acapella rap that was in fact recorded from a Georgia prison and serves as the introduction of sorts to, "Liberation." "Liberation," is a phenomenal eight-minute-long masterpiece of rapping, singing, spoken word, musical inventiveness, and just deserves a listen by anyone who has good taste. It is my favorite song on the album, I'd say. We shift into the closing track, "Chonkyfire," which has some heavy synths and guitars along with a fascinating moment where the whole sound shifts into a piano and back again. The song concludes with Andre's speech from the Source awards when OutKast won best new artist (for, "Southernplayalisticadillacmusik,")  and insisted how the South had something to say. Thanks to OutKast drawing attention to the South and helping other artists launch their career as they kept releasing amazing albums, that was clearly true.

I would be remiss to not mention that while there aren't dedicated tracks for certain skits, they do happen at the end of a number of tracks. They sometimes feature a record store where Outkast (playing regular customers) make remarks about how odd a band OutKast is in a humorously self-aware manner. Some skits lead into tracks (like a failed weed transaction before, "Slump,") and none or terrible or especially amazing, they just work fine. 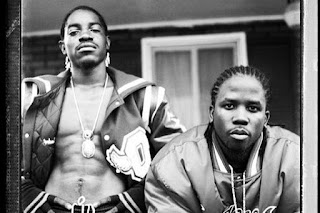 "Aquemini," was smashing success and featured OutKast hitting their stride in many people's opinion--although as I've said, "ATLiens," is a masterpiece in its own right even if it is extremely weird. "Aquemini," was incredible, and represented a further evolution of OutKast. Things were about to get even wilder however once 2000 hit and brought us, "Stankonia." It'll be discussed next week.