Everyone is Talking About Batman's Sex Life 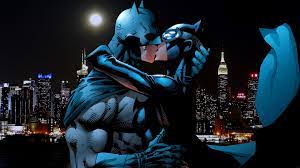 The internet loves to debate things about Batman. Should he kill the Joker and his worst villains? Would he have benefited more from trauma counseling than dressing up as a vigilante? Could he beat Superman in a fight? One thing that I've never heard argued about is if Batman engages in oral sex. Well, the past couple of days the internet has gone utterly insane due to a certain snippet of news relating to what Batman does or doesn't do sexually.

In an interview with Variety, co-creators and executive producers of the funny (and very adult) cartoon, "Harley Quinn," Justin Halpern and Patrick Schumacker disclosed one of the few things DC wouldn't let them do. They couldn't have a jokey scene with Batman going down on Catwoman. Apparently, "Heroes don't do that." This news tidbit was picked up and started trending on lots of websites, Twitter, and the like. Are heroes the kind of lovers who don't perform oral sex on others? I know some people don't like that sex act, but I've never had the feeling it was something, "Good," or, "Bad," people did. It's just another piece of sexuality some enjoy (giving or getting) and some don't. 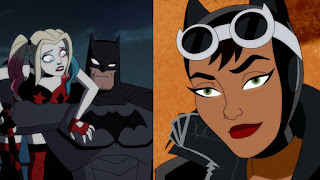 After last year almost nothing surprises me anymore. The blunt question of, "Does batman eat pussy?" becoming a trending topic surprised me. As for my opinion on this matter, I just know Batman has trained himself to be proficient in anything he can. He knows all forms of martial arts, is skilled in tons of sciences, and he pushes himself to the limit in everything. I would think Batman knows how to do anything sexually that a situation calls for. I'll leave it at that.