Chris Harrison is Done with the, "Bachelor," Franchise 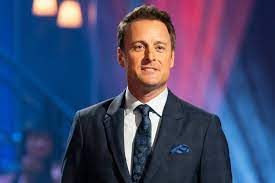 To quote a clever comment I saw online, "Chris, take a moment and say your goodbyes."

That's right, after being with the franchise from the start, Chris Harrison is officially leaving, "The Bachelor/Bachelorette/Bachelor in Paradise/etc." I honestly thought he would be back after a taking break, but per Deadline, he's done and getting a fat check to keep his mouth closed about all the dirt he has. Is it wrong a piece of me wishes a deal weren't reached and he wrote a tell-all book? I mean, this guy undoubtedly knows where the bodies are buried and (allegedly) demanded 25 million to go quietly. For those who don't follow all the hot gossip about this show, Harrison made some mistakes a while ago when he defended a show's participant for attending a racist party and it was all quite awkward.

If I may steal another quote, "The rose has wilted," but at least we are getting some fun guest hosts in the meantime. David Spade, Lil Jon, Lance Bass, and other random people who apparently love the show and answered the phone when they were called shall be present for the upcoming, "Bachelor in Paradise," season, so that's nice. I've always had such a love-hate relationship with this show, but damn if it doesn't entertain me--whether it's the on-camera antics or all this behind-the-scenes drama!