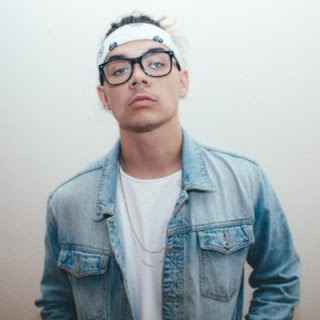 I often will look for fun covers of songs or mash-ups combining various tunes on platforms such as YouTube, Spotify, etc. I enjoy hearing folks doing their own take on other artist's songs. This is how I stumbled across an Australian gentleman named William Singe. Apparently, he was in a boy band that was on the Australian version of, "The X Factor," some years ago and then went solo. He's had some of his own songs he's done that I have enjoyed hearing, but I really dig his covers and mash-ups of tunes. A mash-up, for those unaware, is when you take two or more songs and put them together in some fashion. Mash-ups were huge in the early 2000s but don't get quite as much hype now.

I'm really digging his most recent release of, "Leave the Door Open X Stand In." It combines that smash hit by Bruno Mars and Anderson .Pakk with Singe's own tune. It is a clever way to both do a cover and work in your own ditty. He does covers and mash-ups that don't incorporate his own stuff as well, but I admire his creativity in combining a cover with his original work. Check it out right here below:

Isn't that fun? A lot of Singe's stuff is cool and I've been enjoying discovering his discography lately. I'd encourage you to look into his stuff too if you have any fondness for covers, mash-ups, or just want to listen to his own creations.