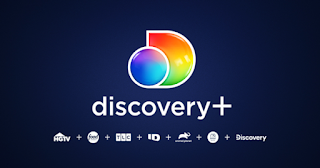 There are many streaming services. For that reason, it makes sense some devices don't support certain services/apps. That said, I love Discovery+ with its mix of educational content and trashy reality television from TLC. I do not love that you can stream Discovery+ from basically any device except a PlayStation 4 or 5. Seriously, you can watch Discovery+ on your phone, on numerous smart televisions, on a recent-generation Xbox, via a Roku, and so forth. It isn't on the PS4 or 5 though, nope.

We like to stream things downstairs with my PlayStation 4 so that is really annoying. We've figured out a workaround where we use the Chromecast connected to the television and cast to it via my phone, but that results in a lot of buffering and such as it is processing through so many devices. Nobody online is sure why Sony hasn't made it possible to watch Discovery+ on their devices, but many folks are upset. There is actually a petition online to tell Sony they need to add Discovery+ to their devices. I signed it and really hope this oversight is corrected in the near future. In the general scheme of the World, this is a small issue, but it is annoying enough I thought it deserved a metaphorical light shone upon it.