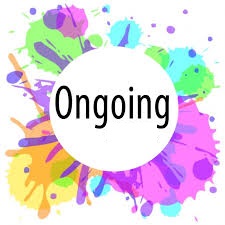 I started with the best cancelled comics this year, so why not move on to ones that for now seem to have no end in sight? I mean, ongoing comic titles of course can't  run forever (in theory they can, but yeah). That said, these comics are continuing for now, and I'm pleased about that because this trio of titles all provide immense entertainment! In no particular order I present my three favorite ongoing titles of 2016.... 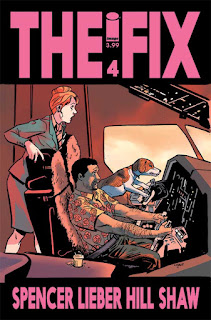 Yes, Nick Spencer has basically been having a public rage-filled meltdown on Twitter ever since his beloved candidate Hillary Clinton lost (and I'm horribly depressed too, but Spencer takes it to a new level), but that doesn't change the fact that occasional-misfires aside, this man can write. He and Steve Lieber have created amazing stuff before (see the cancelled, "Superior Foes of Spider-Man" for proof of that) and, "The Fix," without a doubt impresses. A darkly hilarious story about two corrupt and awful--yet still somehow sympathetic--cops who get embroiled in drug trafficking, celebrity murders, and fiasco after fiasco when all they want is the simpler things in life--being rich and famous. It feels like this comic has been delayed off-and-on, but when the result is something this funny and gorgeously-drawn, I can excuse some occasional tardiness. 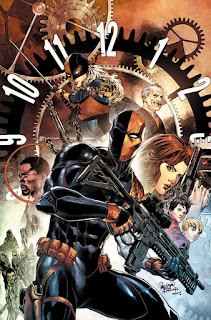 I don't think it can be said enough times that Christopher Priest deserves a lot more respect, credit, and love from comic fans and the comic-book industry. On the scene for decades before basically quitting to do other work, Priest hadn't really been doing much with comics lately (occasional little thing here-or-there aside) and then DC came calling. As the story goes at first they offered him the chance to write Cyborg and he said, "No," because he was sick of being a creator who seemed to only be offered black characters (Priest is black). Then DC said, "How about Deathstroke?" and once he learned  Deathstroke wasn't black, he was interested. The result since then has been pure awesomesauce. Priest has taken a character I will happily tell you I never cared about and given us issue-after-issue of action, humor, drama, and the kind character-development I didn't even think Deathstroke was capable of but someone as skilled as Priest was able to deliver. Priest is one of those creators who shines on basically any property he is assigned. Whatever series that could have lured him back into working on ongoing comics was bound to great, and his stellar work upon, "Deathstroke," is proof of that. 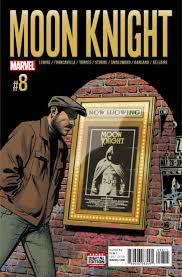 Jeff Lemire's take on, "Moon Knight," took a little bit to really get rolling, but around issue 5 it just started firing on all cylinders. Arguably one of the coolest aspects of the comic lately has been how depending on what personality/mindset/reality we are seeing for Marc Spector the artwork of the comic will change. You've got different (highly skilled) art-talents providing illustrations for as Marc handles all these different parts of him fighting for control of his conscious. Whether he's fighting werewolves on the Moon, directing a movie about Moon Knight as Steven Grant, driving as Taxi as Jake Lockley, or trying to get a grip on all these pieces of his psyche as his base-self. It has been a wild ride up through issue #9 and things don't look to be slowing down much, even if the jumping-around of art-styles maybe has concluded for a bit with the main artist earlier on--Greg Smallwood--retaking the reigns for the book. Between masterful illustration and stellar writing from Lemire, this is a good time to be an obsessive fan of Moon Knight like your's truly. 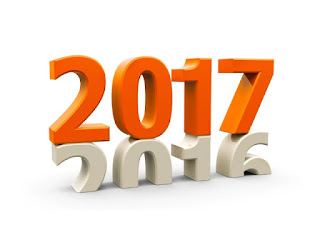 The question of course now is if these books can continue creating magic as we enter into 2017. I sure hope they continue to impress as much as they have and look forward to more and more stellar issues!
Posted by David Charles Bitterbaum at 8:00 AM