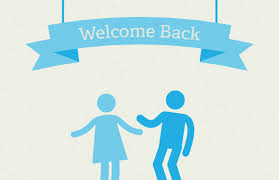 This year there was one creative team I was pleased to see reunite and one individual creator whose return I was overjoyed to witness.

The Team Behind "Alias"/"Jessica Jones" 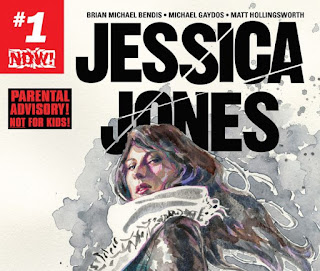 Alias was a stellar comic with an awesome creative team. Now, both writer Brian Michael Bendis and illustrator Michael Gaydos have by no means stopped doing comics. Bendis is on all manner of good solo-books and atrocious event-books, and Gaydos has provided his artwork on a variety of titles as well. That said, outside of the occasional comic where they would work together again on the adventures of Jessica Jones (a little bit of, "The Pulse," here, a spotlight-issue of, "Avengers" there) we haven't seen the two Michael's work together in earnest on another, "Alias," book. Well, because since the last, "Alias," comic there was that unrelated television show with Jennifer Garner, and because the popular Netflix show about the character was just her name, we now have, "Jessica Jones," as a comic, with the original writer and artist picking things up wonderfully.

Things have changed since the chunk of years since, "Alias," ended, but the original magic discussing the adventures of Jessica Jones is still there. The book also isn't a, "Max," title anymore, so we don't get F-bombs, but it is labeled as having a parental advisory so we get all manner of other swear-words. Whether titled, "Alias," or, "Jessica Jones," this series continues to be a great hero-comic that isn't quite a hero comic, and I continue to be a huge fan. I hope Bendis and Gaydos give us a run as good as the original series (and that it lasts even longer), they are off to a great start! 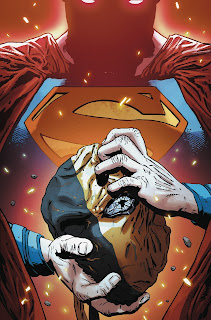 Christopher Priest has been the in field of comics for many more years than I've even been alive. He kind of quit for more than a decade though (little occasional project aside) because he wasn't getting offered to write anything he wanted to do, so he did other work. Finally something came along he thought he could work with, and lo and behold Christopher Priest started writing the comic, "Deathstroke." In the process of taking over the story of this character Priest took a fictional character I had no interest in, and turned that into one of my favorite comics currently coming out.

It is not surprising Priest was able to make me care about Deathstroke, however, as the man is one of the best writers of comic-books out there and I'm just incredibly pleased that he was given the chance to write something that piqued his interest. As long as Priest is writing ,"Deathstroke," I'll be reading it, as well as any other future comic-projects I hope he embarks on--I pray this isn't just another brief return and that Priest instead will want to write a number of books!
Posted by David Charles Bitterbaum at 9:10 AM