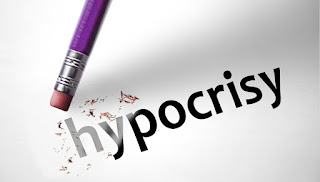 I am against the death penalty. There are some people who do not deserve to walk this Earth because they are such horrendous human beings, but the death penalty itself is often used so unfairly or in a manner that promotes systemic racism that I am opposed to it. The Parkland shooter--I won't even give him the dignity of using his name--is someone who unquestionably has no reason to be alive. He committed a mass shooting with pure malice and hatred. However, it was recommended he simply get life in prison. Meanwhile, the death penalty is often unfairly used much more heavily against people of color in a manner that makes it clear not being white--or especially if you are of color and your victim is white--greatly increases the odds of the death penalty. My own region's prosecutor, Wesley Bell, has discussed this before as well. This is when it should be pointed out the Parkland shooter is a white male.

Plus, there are still cases where someone is later proven innocent through new evidence and has already been executed. Even one innocent person being killed on death row is too one too many. The death penalty is something that should be useful in theory but ends up being used in a prejudicial manner and not even used when it would make perfect sense. This is all without even going into how cost-ineffective it is to our nation's budget. If we give the death penalty to certain demographics without hesitation but then disagree about giving it to a mass shooter who happens to be white this program that works in hypothetical situations is horribly broken and should simply be eliminated.

Posted by David Charles Bitterbaum at 11:49 AM