The October 2022 Quad Con was Loaded with Comics, Toys, and Fun! 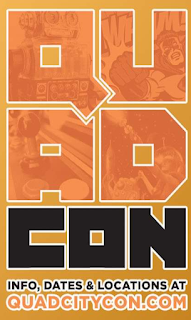 Today I attended the latest Quad Con event in Saint Charles. I had an incredible amount of fun, meeting a ton of stellar comic dealers, folks with creations to sell, and just generally chatting with fellow fans of popular culture! I kicked off the show by saying hello to my friend, Spike (of Lost in Space Toys and Collectibles). He had a bunch of cool stuff for sale and posed for a pic: 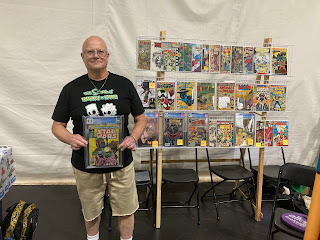 Jack of Trade Up Comics had a booth full of great reads and I saw my good chum Bruce Reynolds who was selling some neat books as well. I checked out the booth for Bartertown Toys and Collectibles where I enjoyed digging through their comics and looking at all the toys they had. I proceeded to see my the always-awesome Jack Thomas of Fortress Comics who had so many superb books for sale! I snapped a picture of him: 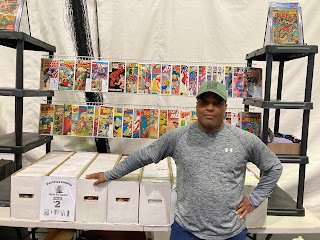 I had a chance to check out Orion's Dragon Gems, their booth had some really cool jewelry available. I said hi to Larry of Bug's Comics and Games as he was selling at the show too. I then chatted with Red Den Studios about their snazzy paintings and prints. They were happy to be in a picture as well: 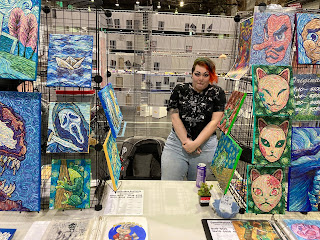 I met the folks at the booth for LuvKnotz and admired their amazingly done crochet. My good friend Chris McQuillen was selling wares too and we talked about how I looked forward to the next ToyMan show (which he runs). I then saw the Hero Initiative at the show, a fantastic charity that helps comic creators in need. I had the chance to talk with my friend Eric Meyer of STL Comics and bought a really cool, "Hulk," comic from him (I'll show what I got at the show when we reach this articles' end). He was pleased to have his picture taken with all his great stuff: 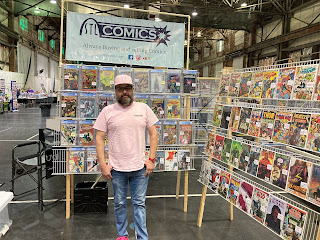 As I continued to explore the Quad Con I met Perler artist Leisure Time Treasures. I also chatted with creator Bilbus Thiq, he was very nice. My friend Justice of Wayne Kent Collectibles was there too! I met the folks behind Strangeville Comics, a cool multimedia entity that does comics, movies, and more! I got a picture of their cool booth: 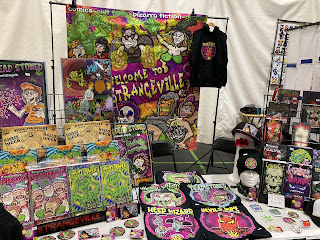 I had a fantastic time at the latest Quad Con! I didn't even mention everyone at the show as I forget to get some folks' names or to take pictures, but there were other comic dealers, folks selling toys, collectibles, Funko Pops, and more! It was really fun and I was able to buy a snazzy, "Batman," comic from when Grant Morrison was writing for the series, that aforementioned, "Hulk," issue, and a, "Marvel Super Heroes Secret Wars," #10 with a classic cover. Here are those: 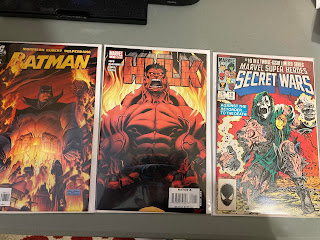 This latest Quad Con was as awesome as I hoped it would be! I really enjoyed seeing lots of my old friends, meeting new people, and picking up some fantastic comics for myself. I'd recommend following them online so you can go to any other shows in the area and/or plan to attend the next one in Saint Charles!
Posted by David Charles Bitterbaum at 8:36 PM