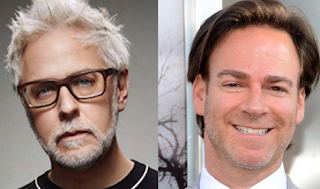 DC has struggled to some degree for its films to inspire much excitement or cultural relevance. Outside of some die-hard fans of Zack Snyder's take on everything the franchises have mostly floundered with some notable exceptions. One of those big exceptions was the latest, "Suicide Squad," movie James Gunn directed. Folks may recall James Gunn did the, "Guardians of the Galaxy," films, but was fired from the third when old inappropriate joke-tweets he did were used against him by alt-right conservatives mad he mocked Trump. However, he was hired by DC to make a new, "Suicide Squad," then got rehired by Marvel to do the third GOTG flick, and now is apparently going to be a co-head of everything DC-on-the-screen as his, "Suicide Squad," is a rare recent DC movie that did well and received good reviews (folk dug his, "Peacemaker," spin-off show too).

Gunn has definitely come quite far and the other person who will head everything, Peter Safran, has worked with Gunn a good deal via his production management company. They will both report to the much-hated David Zaslav who has slashed a ton of stuff at Warner Brothers Discovery, including killing the, "Batgirl," movie. Hopefully, Gunn and Safran will be afforded enough power/control/independence to get the DC film, television, and movie stuff all on a better track than there currently is. I actually feel a slight bit optimistic about DC's future output now--for the first time in a long while--so at least that's good.