The, "Batgirl," Movie is Shelved/Cancelled 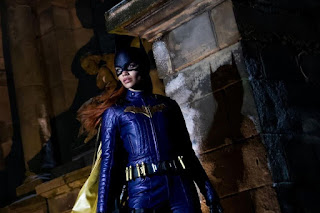 DC/Warner Brothers were making a, "Batgirl," movie that would release on HBO Max. I say that in the past tense because even though 90 million dollars had been put into it and the whole thing is shot and done besides post-production, it is canceled. The entire thing is shelved and won't see the light of day until something leaks or someone changes their mind about the flick. The New York Post of all places broke the news and is a very tabloid-styled newspaper so when I saw folks sharing its article I was a bit suspicious. Then, more reputable sites such as Variety confirmed the news. I'm frankly baffled.

Even getting the movie to this point took years and apparently, test screenings went awful for the movie. With new people in charge of various divisions who are eager to shake things up, it turns into a better tax write-off to cancel the film than to throw in on HBO Max. It would've cost a bunch more to finish the post-production and if a choice were made to put it in theaters and make it a bigger release that would've cost money too. It was too big and too small at the same time. I obviously haven't seen the movie so I cannot speak to its quality, but I feel awful for everyone who worked hard to make this movie that is now suddenly dead in the water. It reminds me a bit of that, "Fantastic Four," flick from the 90s that never actually officially came out but has ample bootleg copies available. How long till we get a leaked, "Batgirl," as now many of us are curious just how bad or unfinished it could be? How long indeed.