"If I Get Caught," by DVSN is the Most Toxic-Yet-Catchy Song I've Heard Lately 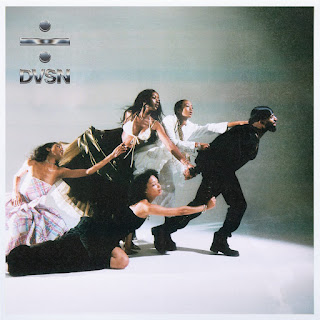 DVSN is an R&B duo. They're singer Daniel Daley and producer Nineteen85. They are Canadian gents and signed to a label Drake (who has his own controversies) created, OVO Sound. They have a new song that is incredibly catchy and possibly one of the most toxic portrayals of a relationship ever. Titled, "If I Get Caught," it is basically about a man insisting that even if his lady catches him cheating, "That don't mean I don't love you." He also insists that she knew how he was when she met him and if she breaks up the relationship over his affair/affairs it is really her fault. It's about a man basically gaslighting a woman and even DVSN has acknowledged how awful the idea of the song is and that they are telling a story as opposed to endorsing the message of the lyrics. Still, the song slaps. Have a listen:

I'm not sure if it is the Jay-Z sample of, "Song Cry." The bassline, or how Daley croons so well, but, "If I Get Caught," is incredibly catchy and I have found myself humming it off and on these past few days since first hearing it. Jay-Z acknowledged it had a great sound but wanted to make sure it everyone knew he thought it was toxic. It is undoubtedly a song expressing an unhealthy view on relationships, but it also is fun to sing with. Just don't sing it with too much gumption or else your partner might get angry at you, as one commenter on YouTube said happened.