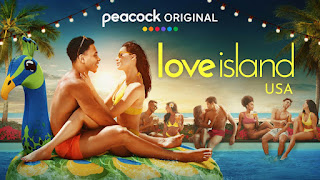 I miss Matt Hoffman. If you watch, "Love Island USA," you know who I'm talking about, or you're very confused. Matt Hoffman was the announcer for the American version of this show and he was an absolute delight. He was hilariously snarky and said what we were all thinking as we watched the show. It was like having a friend sitting with you riffing on the absurdities of this reality program. When the American version of, "Love Island," got bought by NBC/Universal to be put on Peacock, however, they made some changes. Host Arielle Vanderburg was replaced with Sarah Hyland, but the host is so rarely around it barely has made an impact. Matt Hoffman was out and the narrator of the British version of the show, Iain Stirling, was brought in to talk about this one too. He's been...fine. He tells just random jokes that kind of relate to what's happening, but that's about it. I started my post about this season of, "Love Island," talking about the narrator because it is such a huge part of this show and the lack of Matt has perturbed me and other watchers of the show too. How is the actual, "Love Island," however? It's decently entertaining.

If you want to watch a show about people hooking up and possibly falling in love happen in almost real-time then the, "Love Island," franchise is generally a good choice. With episodes almost every night and the chance for viewers to vote on favorite/least favorite participants. The people on the show tend to be relatively personable, funny, and it is mandatory they are young and attractive. There are flaws with the show almost always being pretty heteronormative with it being male and female couples, but at least mention will be made at points about people being bisexual (almost always the women discuss it, I can't recall a sexually fluid guy anytime too recently). As is prone to happen when 20-somethings with raging hormones are left alone couples will form and then temptations will arise to mess it up and lots of drama will ensue. It's good junk food for the brain, even if it isn't the best thing ever. 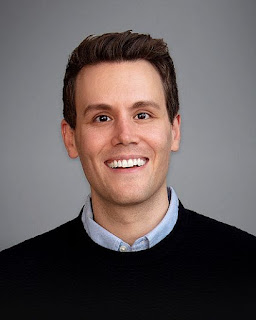 I still miss Matt Hoffman as the narrator, but what's this? He just started hosting the official, "Love Island USA," podcast that launched a chunk of days ago when the housemates temporarily split up for the Casa Amour twist, you say? Well, that is some good news! I'll continue to enjoy to, "Love Island USA," for what it is and have that little bit of extra joy from hearing what Hoffman has to say. Good times all around.

5 out of 5 stars for Matt Hoffman as a person in general because he's hilarious.