Film Friday: "Community," is Getting a Movie! 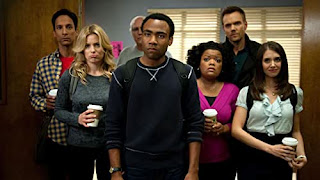 I am a little embarrassed to admit that outside of an episode or two I never really watched, "Community." Recently, my wife and I started viewing it from the start and it is a fantastic show (I am aware the fourth season without Dan Harmon's involvement is the least-liked and will be ready for it). The fact the show is fresh in our minds made it humorous how a movie has actually been announced which will stream on Peacock. Six seasons and a movie actually came true! A chunk of the cast has been confirmed, some remain up in the air, and Chevy Chase will not be back, obviously. I am excited about the movie and hope to be ready for its planned release in 2023!