It Ain't Easy
Writing and illustrating a comic is something you don't see too often, but there is something very pure to knowing the creator got exactly what they intended onto a comic-book page because they thought-up everything from the story, to the dialogue, to how the page looks. This year two writer-artists especially impressed me and I wanted to give them the recognition they deserve. Both were equally good so I flipped a coin to determine who I would discuss first and it ended up as such... 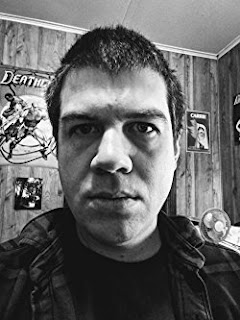 Charles Forsman is a man who jumps around genres with gusto. He'll give us a dark coming-of-age tale in, "The End of the Fucking World," before creating a gorgeous homage to grindhouse flicks with his, "Revenger," comics. This year he gave us, "Slasher," which  starts out seeming like the tale of two desperately lonely and quiet people who have a somewhat unsettling fetish for blood and knives before slowly spiraling into a ballet of gruesome gore that's as disturbing as it is expertly drawn by Forsman's able pen. Forsman has continued to work on other comics as well, releasing a small-press printing of a, "Revenger," Christmas-themed story I bought and look forward to reading plus a book from Fantagraphics, "I Am Not Okay With This," I'm excited to get and delve into. He also is going to be doing a comic exclusively available to people who support him on Patreon too, so clearly the guy isn't slowing down anytime soon with his work! 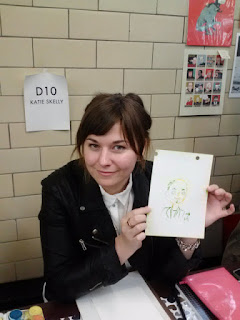 Katie Skelly seems to be everywhere lately from her self-published work to titles such as, "My Pretty Vampire," from Fantagraphics and her involvement in an upcoming series of romance-themed comics from Image. Her drawing-style is a delightful marriage of cute and sexy with a nasty edge to it just, "Wrong," enough to give her comics a stellar zing. Skelly was everywhere in 2017 and I look forward to seeing all the great stuff she gives us in 2018 as well.
Posted by David Charles Bitterbaum at 7:08 PM