Ongoing Series of the Year--2017 in Review

An Ongoing Delight
There are series that theoretically could run forever and a part of me hopes they do (as long as they retain their quality, of course). Three ongoing books totally had me enraptured this year and I wanted to make sure to spotlight them. 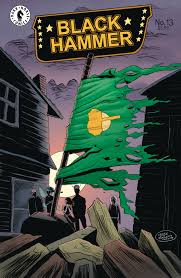 The series actually just ended with a big cliff-hanger but is re-launching again as an ongoing and has some tie-in series too. The main book was an amazing take on superheroes trapped in a strange world that just seems a bit off, showing us the struggles faced by people who can move mountains stuck in a perfect little town with nary a thing out of place. It is the most human take on superhumans I've seen in some time and Jeff Lemire should be proud he's made something so fantastic. 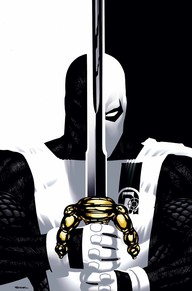 Well, here we are again. Christopher Priest has been writing a fantastic comic and I've continued loving to read it. I never thought I would be so pumped to read a book with Deathstroke but Priest's skill has pulled that off. I've said nothing but great things about, "Deathstroke," and I'm about out of words I can use to praise it...have I said splendiferous? Just buy it and read it. 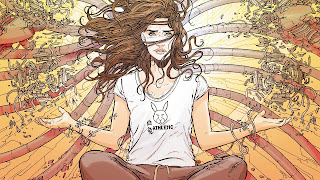 Warren Ellis kinda-sorta returned to the characters of the Stormwatch Universe with a brand-new take that I already have said is fantastic, and it has continued to be a smart, satisfying read. It has officially been announced to be planned as 24 issues but that's basically an ongoing that just has a planned end-point, so I'm gonna give this credit as a fantastic ongoing, dab-nabit!
Posted by David Charles Bitterbaum at 4:12 PM