Mini-Series/Maxi-Series of the Year--2017 in Review 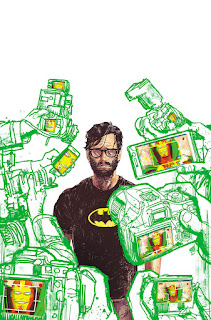 Tom King is of course the writer behind such stellar 12-issue series as, "The Omega Men," and, "The Vision." He writes ongoing titles currently too such as, "Batman," but for my money his, "Mister Miracle," has been a smashing title. The first issue didn't, "Wow," me as much as other folk but since then it has provided an amazing take on superheroes, mental illness, and otherwise has just continued to impress me more and more. The fifth issue just came out recently so we have seven more to go, and I look forward to every page. 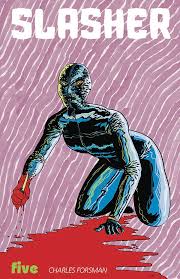 Charles Forsman starts this book out with it seeming like a tale about two sympathetic individuals who lead lives of quiet desperation. A man and a woman who have bonded over the internet thanks to their shared fetish of knives and blood-play struggle with difficult family members, miserable jobs, or other issues. They really seem quite sad  and easy to relate to...at least until the killing starts and by issue #4 it turns out one person has been catfished and the bodies keep piling up. I don't get scared or unsettled by movies/video-games/t.v. shows/comics that often but this book gets incredibly twisted just slowly enough that you don't realize how flat-out wrong things have become until its the final fifth issue and someone in a full-body S&M suit who had their hand cut-off is eating raw meat in the middle of a grocery store. 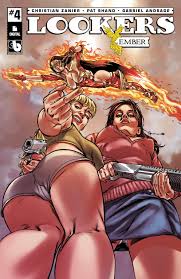 I won't deny this book published by Boundless is like the guiltiest pleasure possible. A book about two sexy female private detectives hired by a famous superhero to find her sex tape sounds like the hokiest plot possible, but the book is self-aware enough of how silly everything is to actually be quite fun, and works in a lot of surprisingly deep commentary on technology and privacy whilst doing so. I know its a limited series but set to go into the double digits (I don't recall how many issues it will be total, however). It's silly fun, but sometimes silly fun is what you need in this world.
Posted by David Charles Bitterbaum at 9:40 PM