Return of the Manga Reviews!

Manga Again!
It's become a more and more regular occurrence for me to seek-out and read manga that I hear good things about online/have recommended to me/etc. To that effect I've read even more titles lately that looked appealing, people told me I might like, or which I enjoyed the earlier installments of. Thanks to the library, comic-shops, and used bookstores I've been busy, so let's dive in! 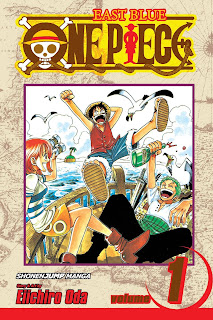 One Piece Volume 1
This manga has been going since 1997 and still shows no sign of slowing down! This first volume centers on a young man named Monkey D. Luffy who wants to become the world's most famous pirate but can't swim due to eating a fruit that makes him made out of rubber, for some reason. Created by Eiichiro Oda, this apparently is the best-selling manga of all time. It's a fun and charming series as the headstrong Luffy gets in a lot of trouble in his effort to build a pirate-crew. Yes, as this is simply the first volume the whole focus is on establishing how Luffy wants to be a pirate and the beginning of his attempts to form a crew. That makes this book busy doing a lot of foundation-building but it still is a fun read. I imagine as the volumes continue (and as this has been going since 1997 there is a lot more) things get even more interesting.
3 out of 5 stars.
The first volume of, "One Piece," is on Amazon 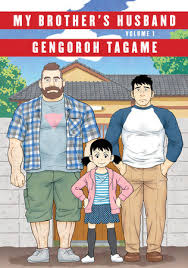 My Brother's Husband Volume 1
Gengoroh Tagame is a creator who has made a lot of comics strictly for grow-ups. Like, super pornographic as men have sex with each other both sometimes consensual and sometimes not. That makes him doing a young adult-geared comic that has an interesting point to make about Japanese culture and its acceptance (or lack thereof) of same-sex relationships among men (outside of genre fare like Yaoi) quite notable. Tagame's story is very good, focusing on a twin dealing with his brother's death and the arrival of that brother's Canadian husband to Japan. It's a quiet story, focused on its characters and clever in how it explores things that might be normal in other countries are taboo in Japan. It is a solid first volume and I liked it! You can buy yourself a copy on Amazon.
4 out of 5 stars. 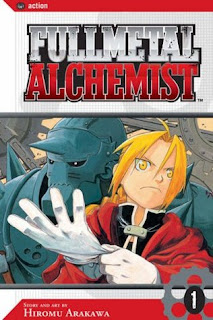 Fullmetal Alchemist Volume 1
I actually first discovered this title when I would see repeats of its anime adaptation on Cartoon Network's late-night programming. I enjoyed the T.V. program and the manga is highly well-regarded. Even though I've only now read the first volume I can see why folk like this series--it is full of humor, action, and is all-around a really good time! The Elric brothers make for great protagonists with their funny familial interplay, and author Hiromu Arakawa gives us some gorgeous artwork with her alternate-history Industrial-focused world.

It's like a dash of steampunk mixed with a lot of iron and oil. This first volume explains a little of how the brothers began their travels and the, "Rules," of the alchemy that is so popular. Besides the bits of plot there is some great action such as when the brothers fight a train-hijacking (Arakawa's artwork impresses, as I mentioned). All-in-all this is a great beginning to what I've been told is quite a great series. I look forward to reading more.
4 out of 5 stars.
You can buy the first volume at Amazon

or via Things From Another World.
Welcome to Mizuryuland: The First Day
I've talked about enjoying the more sexually explicit comics from Project H (that link is extremely NSFW) in previous posts. I've also said how I like their energetic and sex-positive comics the most as it is easy to make something that is just straight-up raunch but working in clever concepts or storytelling is always welcome. Therefore, the zany concept of the, "Mizuryuland," park caught my attention. Set in the near-ish future, it is a massive indoor amusement park of sorts designed to encourage everyone to have sex. After getting tested for STI's at the entrance people are encouraged to have fun and enjoy each other's company however they like. Picture, "Westworld," but without the robots and all the sex is actually consensual.

It's a greatly fun comic, with it actually taking a good chunk of time to break-down just how consent works at a park like this, with it explained people have signs indicating if they are open to simply be touched/hugged, kissing, or flat-out having sex. Anyone who just wants a cuddle can get that and people who want to get extremely freaky are able to indicate it too, with no shame or embarrassment. A variety of characters appear with the author even admitting in an afterword that perhaps the focus seems to shift a bit too often, but I wasn't really thrown by it. I found the story of a young man and woman realizing they also want to date after having a lot sex very cute in a romantic-comedy kind of way. It's a great read and can be bought at Project H should you desire a physical or digital copy!
5 out of 5 stars. 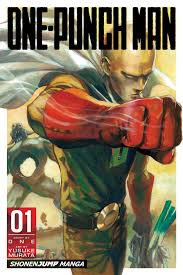 Once Punch Man Volume 1
I've heard a lot about his manga and its anime so I thought I would try it out! I'm glad I did as I was impressed with the mixture of heroism and comedic elements. The idea of a hero so powerful he can defeat all his enemies with one punch explores what would most likely happen in such a scenario--he would be bored out of his mind. After-all, if nothing poses a challenge to you what is the point? When you can stop any threat with a single punch life gets pretty dull. It is a funny exploration of existential crisis and I for sure want to seek out the next volume. Great stuff. Amazon has it for a good price.
4 out of 5 stars. 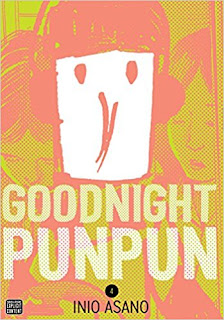 Goodnight Punpun Volume 4
My favorite manga-series I've ever read (although I admittedly haven't read too many) continues to just get more and more depressing yet enjoyable as I read further volumes. The series started with its focus on a young child named Punpun who is surreally drawn as just a strange bird-shape whilst everything else is very detailed in its drawing. As the series has continued Punpun has reached adulthood and basically his life has just gotten worse between family members dying, a dead-end job, and pining over a girl he once loved whom he hasn't seen in years and probably still hates him named Akio...but wait, come volume 5 are things going to get better, right? I"ll check it out from the library and see. In the meantime, this is a fantastic series even people who normally don't like manga should read! Copies can be found on Amazon.
5 out of 5 stars.

Continually Good Stuff
As long as I keep finding or getting recommendations of manga worth reading I'll keep seeking it out!
Posted by David Charles Bitterbaum at 4:20 PM