World Of Warcraft--Thoughts on Goblins and Worgen

Having played both the introductory levels for Goblins and Worgen (i.e. the gameplay before you join the "main" world around level 12-14). I can come to some conclusions. More after the cut if you're interested, along with some explanations of just what a Worgen is for you "noobs" out there.

Intro
The Worgen are much more fun to play than the Goblins in terms of the introductory levels. Maybe that is because a Worgen is essentially the Werewolf of the World of Warcraft universe with some twists (the curse came from Night-Elf Druids who went mad in wolf forms and spread the disease to humans through bites or some weird fantasy junk), or because the Goblin story tries way too hard to be funny and clever. Let's start with the Goblins as it is better to get negative things out of the way before positive things are said. 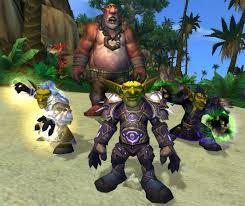 The story opens with you zapping trolls who refuse to work, tooling around in your fancy car with your friends you pick up in the quest, "Riding with my Homies," and beating up people who owe you money while also purchasing fancy duds for a party--all to try and advance in the ranks of the Bilgewater Cartel. Oh, and you kick a game-winning field-goal for some sport that resembles football but with giant machines as Deathwing-the-killer-dragon flies by. This all sounds so fun, so why does it feel like Blizzard just made a mediocre version of "Grant Theft Auto: Goblin Town" with some lame jokes sprinkled in? Maybe I'm jaded, but I just didn't find things that fun.

It gets better when you're ship-wrecked and run into the Horde, helping them out with some quests (creating the impetus for this particular group of Goblins to join the Horde instead of being neutral like most Goblins), but again, too many lame jokes, and the dues ex-machina (click here if you don't know the phrase, it's a fun one)  of your belt being able to do nearly anything is recycled way too many times. Even Goblin zombies couldn't make this experience more than average. I have the caveat that you may find this storyline amazing if the humor or shenanigans appeal to you, but I just wasn't that big on it and was grateful when the story finally transported me to the regular game city of Orgrimmar and the normal adventure started.
2.5 out of 5 stars. 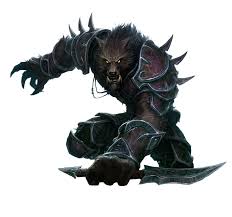 Now that was more like it, after all, everyone loves a good tragedy, don't they? The Worgen storyline starts with you as a resident of the city of Gilneas, which is under siege by--you guessed it--many Worgen. The close-quarters combat is fast and intense, and it doesn't even feel like the usual "kill so many creatures" type quest you get at low-levels, things feel really life or death. After some fun fighting for your life through the city and doing your final stand against the invaders the inevitable happens--you become a Worgen. 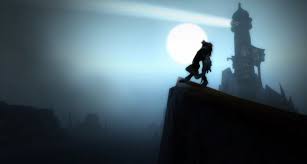 After that the story shifts to the country-side with you transformed into a feral beast that is barely under control as you try to help your city withstand an invasion by those pesky Forsaken (the undead who work with the Horde) and learn to control what you are. In the end you work with the Night Elves and have to abandon your home, but man if it isn't fun doing that crazy battle against the forsaken in your city before you flee. This story is dramatic, sad, and has some humor (Worgen in top-hats anyone?) and action is great, knowing when to ramp up and when to have some moments of quiet reflection. I play Horde (my main is a Tauren Shaman named Shine on the Moonrunner Realm, say hi!) but this sheer greatness of Worgen has got me playing Alliance more than I ever have. You simply must play a Worgen through the introductory zones, its great fun. The only downside is that to get the full story of what happens to Gilneas you apparently need to play an Forsaken from the Horde and do quest-chains that relate to the invasion. Kind of lame.
4 out of 5 stars.

Conclusion
If you pick up the Cataclysm expansion to WOW, I would definetely recommend playing a Worgen and then trying out Goblins. The Goblin experience has some fun but the Worgen one is far superior. Plus, by picking up Cataclysm you can go up to level 85 and all that junk! Everyone's a winner! Seriously though, Blizzard knows you are gonna pay the cash if you're addicted to WOW because you need it the same way addicts need drugs--i.e. you can live without it but think you can't. So let's quit playing around and just go buy the expansion, playing it until your family and friends have an intervention where you go, "I can quit anytime I want, I promise," and someone like me who manages to kick his habit but always relapses every expansion mediates. Yeah, you know that's how it's gonna happen.

for those new to WOW.
World of Warcraft: Cataclysm

for those who can't fight the urge upgrade.
Posted by David Charles Bitterbaum at 12:00 AM