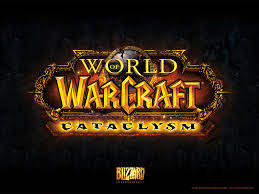 The newest World of Warcraft expansion, Cataclysm, has launched. This means that a bit before midnight yesterday people lined up to buy their very own copy of virtual crack (I was one of these people, but actually went to bed after buying my copy to wait and play the next day after some sleep). As WOW is arguably one of the most popular video-games ever in the history of man (as the 12 million or so active subscribers world-wide attests), I figure I would dedicate a post on this auspicious day to WOW related items. I'll be reviewing the first 6 issues of the initial series, the first issue of the new Worgen-focused mini-series, and the 3rd issue of World of Warcraft magazine which I recently subscribed to--and I'll tell you if you should bother doing the same or if I wasted my money. Shall we?

World of Warcraft: Volume 1
Wow, that was mediocre with capital M. By now anyone playing WOW knows the mysterious man who washes up the beach is actually the king of Stormwind, Varian Wyrnn, but when this was first coming out it was all about the mystery of who this amazing gladiator was, and if the mystery isn't that interesting...well you have a problem. I guess this just didn't seem like it really took place in the Warcraft universe so much as it felt like a generic fantasy comic with Warcraft-themes. Oh, blood elves with magic addictions, night-elf druids, a man who can't remember anything about his past but is the best fighter ever seen. How...trite. The art is pretty and cartoony enough that it looks like the WOW universe, but I just wasn't feeling the story. Yes, it gets more interesting in later issues with intrigue about Wyrnn have a literal split personality and the Warcraft universe playing a more prominent role with political intrigue and the like, but if you want to attract readers you can't have your first volume of story be so middle-of-the-road.
2.5 out of 5 stars.
World of Warcraft Vol. 1 SC if you want to buy it even though I sort of just told you it wasn't that great.

World of Warcraft: Curse of the Worgen #1
This is a bit more like it. The art is not as good as the original series, with confusing perspective shifts that takes us looking one way in one panel and then flips 180-degrees in the next, but the story actually feels like something in the Warcraft universe. This takes place a bit before the destruction of the Greymane wall, the fall of Gilneas, and the rest of Cataclysm, but because we as the readers know what is going to happen the whole thing has this dark sense of foreboding that I enjoy. For those who don't play WOW a worgen is essentially the Warcraft-universe's version of a werewolf, with some twists. For instance, while it is like a disease you can get from being bit, it didn't orginiate with humans but instead night-elf druids. Yeah, it's a little odd. My only real complaint with the comic besides confusing art is how the story insists on jumping around in time so much. We start in the present, go back 4 days, then have a flash-back to hundreds (or thousands) of years ago, then skip back to 3 days from the opening of the comic. Also, there is a lot of info and names dumped on the reader that anyone without at least a decent chunk of WOW-lore knowledge will be horribly confused. Overall an enjoyable comic and I look forward to seeing where it goes, with the kinks hopefully being worked out.
3 out of 5 stars

World of Warcraft Magazine, issue 3
Suppose you are tired of reading actual criticism of WOW and want to enjoy more than a hundred-pages of ego-stroking accompanied by advice articles containing tips that you could have easily found on the internet if you really didn't know how to use the auction house in the game. Oh yeah, we also get an "article" on the new mobile-phone app for the auction house that is little more than an advertisement. To be fair, the art in the magazine is beautiful and some of the articles are a bit interesting, such as the one on the item-model designers, and an interview with WOW's big poppa Chris Metzen. I also found the article on the models they sell of WOW figures somewhat interesting even if it was essentially just another advertisement in disguise to make you want to buy the figures. I just couldn't get over the feeling that I could get all of this information for free on the internet, be it the advice columns from useful websites such as WOWinsider, or the history of WOW pieces that could have just as easily been posted on the official WOW website. Overall if you are die-hard WOW fan you might enjoy this magazine, but there just isn't too much to reccomend.
2 out of 5 stars.

Well, that's it; now it's time for me to get some old-world flying for my main, do a little archeology, and hop on a new goblin and worgen!
Posted by David Charles Bitterbaum at 1:51 PM