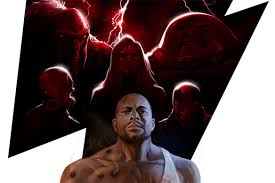 Thunderbolts #146-151
It isn't a secret that I love Luke Cage. When written well he is just such an awesome character and possibly my favorite Marvel comics hero. This isn't a post about why Luke Cage rocks so I'll focus on what I set out to do, review Jeff Parker and Kev Walker's run so far of the comic Thunderbolts.


Thunderbolts has had many iterations. It started back in the 90s as a front for a super-villian and his friends who were trying to fool people into thinking they were heroes, but found they actually liked being the good guys. Later it was written by Warren Ellis who made it an awesome comic about a team of crazy people run by the craziest of them all--Norman Osborn. Then it became a black-ops strike team run by Osborn (which was medicore) and was around when Jeff Parker came in to write it (which made it better). The run I'm talking about didn't start until shortly after, when Parker brought in Luke Cage as a leader of the team who uses convicts from the super-hero prison "The Raft" in hopes of having them do some good. That's when things got fun.

The early issues just sort of set the tone, but issue 147 was just dynamite. The Raft loses power and convicts break out, and Kev Walker is allowed to really cut loose and go crazy with his art in a segment where 3 different fights happen at once in different locations, but he shows them all on one page. Observe: 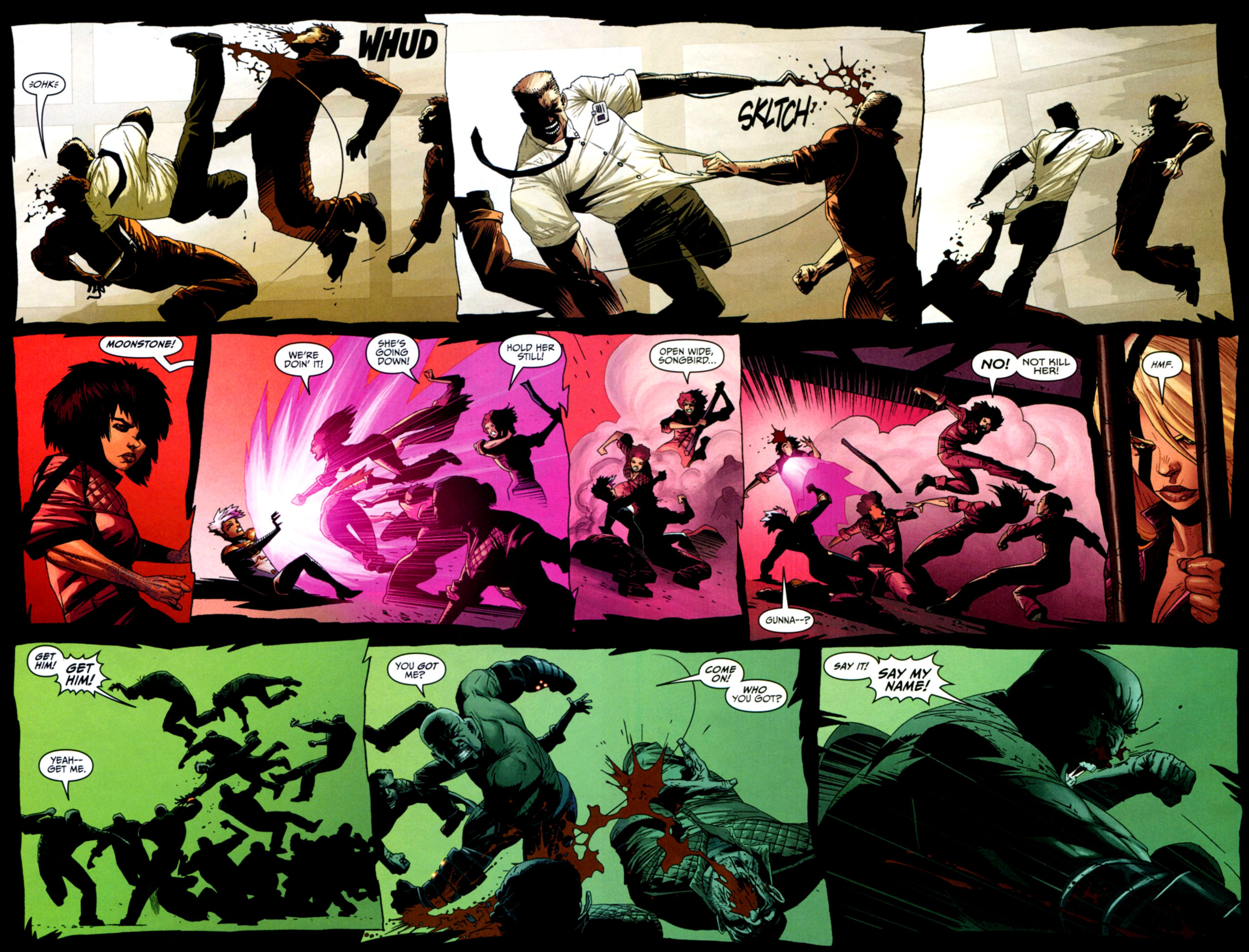 After that the team goes into the depths of the underground of New York city where they fight ninjas, as the comic tied in with the Shadowland event where Daredevil became evil for reasons too stupid to discuss. Some more character development happens then and it is pretty good, but things don't get rad again until 150 when some of the Avengers show up:

Then the team get lost in some other dimension where they look into a lake that show their true selves/who they want to be, and in the coolest bit ever Luke Cage sees....just himself. Awesome character moment. Oh, and it features a bad-guy with his head on fire from super-powers, that's always a plus. Issue 151 has Ghost telling his back-story and it is a sad little tale, I liked it too.

Jeff Parker is writing a great comic and Kev Walker is supplying some dynamite art. My only complaints would be how the story drags a bit at times, and that may be because the comic is always getting wrapped up in cross-overs. There is the aforementioned 2 issues for Shadowland and even the awesome issue 147 loosely ties in with the Avengers Academy comic. We've got some great characters here (Man Thing!) and this comic is always at least fun to read, and great to look at. Some issues aren't as good as others, but when the comic fires on all cylinders it really excels. I'd definitely recommend reading it, although right now the latest book only has issues 144-147 and some bonus material. Pick that up and then either wait for the next trade or go to your local comic shop and ask for Thunderbolts--tell em' David sent ya, even though they'll have no idea who I am.
4 out of 5 stars (of issues 144-151 overall).
Thunderbolts: Cage

if you want to follow my advice and purchase it.
Posted by David Charles Bitterbaum at 12:00 AM