Apparently, "Fortnite," Got Sucked Into a Black Hole? 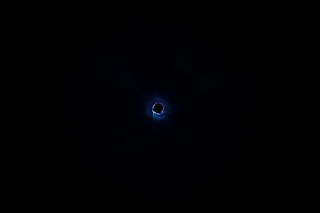 Ya'll know that game, "Fortnite," right? It is quite popular with folk. I've played it at times but it's been a good year since I've logged-in. I still follow news about the latest, "Season," and changes to the map, however. Apparently, right now if you wanted to play the Battle Royal version of, "Fortnite," which is the most popular mode, you would be unable to do so (the other mode about saving the world full of leveling-up and stuff that nobody plays is down too, but whatever). This is because after some in-game event full of missiles flying-about and blowing-up stuff a black hole formed that sucked the map and everyone running around upon it into nothingness. Now, everyone is just staring at a black hole. It is a wild and gutsy thing to basically just shut your massively popular game off temporarily (we all know this ain't permanent) and have everyone asking, "What now and what's next?"

There are some rumors of a, "Fortnite Chapter 2," being imminent, but right now the game is just a black hole and people are alternatively freaking-out, impressed, and a little upset about their inability to do anything besides play a version of, "Space Invaders," if they enter a version of the Konami code whilst staring at the black hole. Whatever the final result is, the game's developer, Epic, sure has succeeded at getting people's attention with this zany stunt.
Posted by David Charles Bitterbaum at 12:44 AM