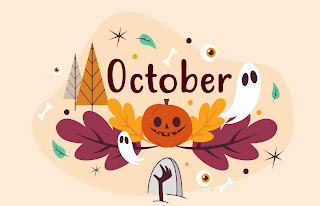 I'm sick, so I am struggling to think of anything clever to write. Therefore, here is good writing from other people I will supply in the form of links. My title for this post is, "October 2019 Links," because as I said, I'm sick and thinking up a smart title is beyond my capabilities right now. Shut-up and enjoy your links. 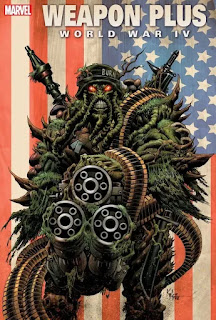 Weaponizing Man-Thing and renaming him, "Man-Slaughter," for an event is the best mixture of clever and stupid I've heard all day.

Hearing that Jimi Hendrix was an amazing player of, "Risk," especially when he was high on acid makes perfect sense considering Hendrix had been in the Military earlier in his life and was a fan of psychedelics.

I have not watched a, "Star Wars," film in some time. I enjoy them, but just am in no rush with so much other stuff I need to view taking priority whenever I do have a rare moment to view a movie I want to catch-up on. With that said, the trailer for the latest movie, "Episode IX: The Rise of Skywalker," seems to have people excited.

Everyone seems to love the new, "Watchmen," show who has seen it on HBO...besides right-wing Trolls who can't fathom white supremacy being questioned in any manner. 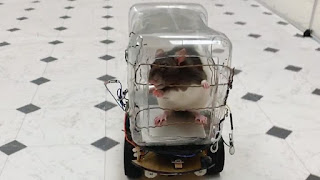 The idea of rats being able to drive little cars is both adorable and terrifying. Just imagine the highway clogged with humans and rats who refuse to use their turn signal when changing lanes. It's a common-courtesy, people!

A video-game all about hunting for and collecting mushrooms sounds enjoyably chill. Reading about a gamer playing it with her Father who is a professional Mycologist was also fun!

There is going to be an LGBTQ-themed graphic novel for young adults which features Aqualad getting a boyfriend. I'm just happy to be getting any comics with Aqualad ever since it seemed like DC forgot about him after the stellar, "Brightest Day," series.

Finally, the new, "Terminator: Dark Fate," movie apparently is not that great, but is still decent fun (and Linda Hamilton is awesome in her return as Sarah Connor). Considering I'm one of those rare people who defend some of the worse productions in the series such as, "Salvation," I imagine I'd have a good time viewing this flick which ignores all but the first two (and best) movies.

Those Were Your Links I Need a Nap Now
I hope you enjoyed those links. I'm going to lay-down for a nap now as long as my son is willing to rest his head too. Perhaps my cough will subside enough I be able to snooze for a bit without waking-up gasping for air. We can pray.
Posted by David Charles Bitterbaum at 12:36 PM