My Girlfriend (Back When I Originally Made This Post) Got These For Free Comic Book Day And Continues To Hate Comics Because They Sucked. 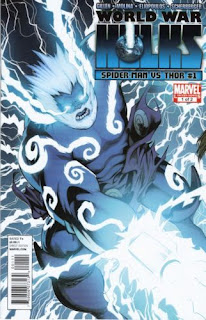 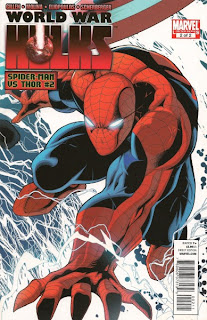 World War Hulks: Spider-Man VS Thor #1-2
Alright, so the comic store I went to was giving out comics for free comic book day--obviously. You could get some of the special comics made just for free comic book day and they had various older comics they were giving away too. They had plenty of good ones but I told her to get these because I read they were absolutely horrible and the author, Kieron Gillen himself, admitted he was kind of drunk when he wrote the scripts for these two issues. She read the first issue and took it as a example of all comics and now continues to only like manga because of the sheer hideous nature of this comic that she read aloud to emphasis how abominable it was. Anyways, let's break down just what makes these so unpleasant but in a way awesome because they are so bad.


Thor and Spider-Man were exposed to some kind of radiation over Washington DC along with a bunch of other heroes and turned into, I quote, "Hulked-Out-Heroes". What resulted was a two issue mini-series that I guess explained what happened to Thor and Spider-Man during the event. What did happen? Well, they went into a museum and Spider-Man tried to read the signs in-between flashbacks to his youth of getting picked on, whilst Thor also flashed-back to being mad at Loki. This results in Spider-Man and Thor continuing to talk intelligibly and fight with each other over the two issues before realizing they shouldn't fight because...um...it's wrong, or something. Then they run off to fight other hulked-out people. Yeah. 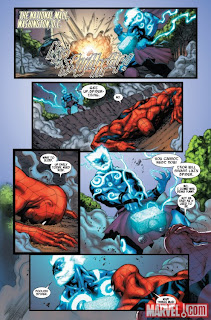 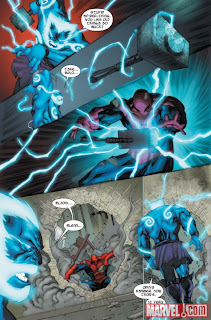 There is also a back-up story written by someone else who I have never heard of about Cyclops and Iceman being hulked-out and fighting in-between flashbacks to the past that show how they also didn't get along back when they were young either. It's pretty lame and full of terrible puns, such as the having a nice trip and, "see you next fall." Really, we're going to seep that low? I mean, that back-up makes the Thor and Spider-Man story look somewhat decent, which I guess when it comes to art is kind of is, but story-wise it is so bad that it is in a way good. Therefore, I can't quite hate this, but will say it is in no way good at all.
1 out of 5 stars.