Trump Acquitted Despite Being Guilty at Hell 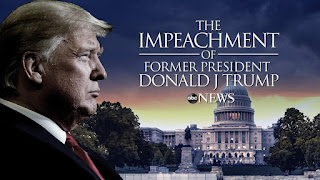 Donald Trump was the only President in history to be impeached twice. Thanks to a spineless Republican Party, he also got acquitted twice. Even though he started a riot that led to deaths and put the lives of the people who let him off in danger, only 7 Republicans had any courage and thought, "Yeah, he caused an insurrection." 43 Republican Senators valued the madness their party has descended into (due to Trump and those like him) more than the values of our Nation. It is truly disgusting.