Chris Harrison Made Some Hefty Mistakes 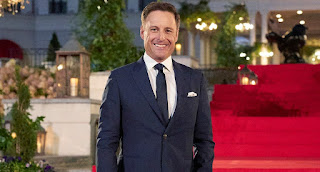 Chris Harrison made some mistakes. He attempted to say one contestant on the show having a slavery plantation-themed party would be wrong in 2021 but okay in 2018. He tried to basically write-off people upset about, "The Bachelor," and its long legacy of discounting people of color with some platitudes. He didn't say anything terrible, but he sure said a lot of tone-deaf nonsense. In the season where we got the first black Bachelor (it only took about two decades), it was actually the host who did the biggest faux-pas of all. To paraphrase a horror movie, "The controversy is coming from inside the house!" Upon recognizing he came across as pretty ignorant, Harrison apologized and said he would step aside from the franchise for a bit to educate himself, do some soul-searching, and otherwise wait for the ire he's garnered to die-down before he comes back to the show.

Harrison will be back, he came across as a bit of an ignorant ass but didn't say anything absolutely abominable. He just came across as pretty dense. Plus, the viewership of, "The Bachelor," is a lot of white and/or conservative folk who've already forgiven him or think people are overreacting (seriously, check Twitter, or better yet, don't). There are us liberals who watch the show as a guilty pleasure, but it still is often a very white, very heteronormative program. Assuming that Harrison is sincere in his apology and wants to educate himself, I wish him the best. We all have ignorances that we should work to tackle. As it is, this season of, "The Bachelor," has been okay with Matt James not being fantastic or terrible and the women having some really mean contestants but some great ones too in-between real and manufactured drama. It's been, "The Bachelor," in other words.