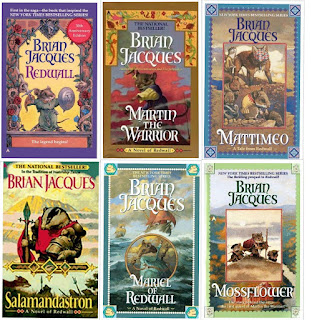 When I was a bit younger I read some of the, "Redwall," novels. They followed anthropomorphic woodland creatures that lived in an old abandoned abbey called Redwall. The books followed their lives and battles against other critters. Brian Jacques wrote the series and the 22nd and final one was published in 2011 shorter after his passing. A deal has been reached with his estate and publisher that will adapt, "Redwall," into animated flicks and shows that focus on specific characters. The programs will be on Netflix. As someone who really dug the, "Redwall," books I read, I look forward to seeing them made!