A "Secret," Predator Move is in the Works 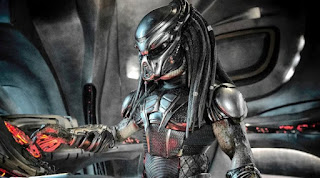 I like the movies featuring the, "Predator." Some of the movies with the alien are not that great, some are amazing. The most recent one, "The Predator," was a huge mess, but at least it was a fun mess. In an interesting twist, a film has been in the works with the title, "Skulls," that is secretly a predator film. The director of that is Dan Trachtenberg--a man who directed another surprise sorta-sequel, "10 Cloverfield Lane." That was a weird but interesting flick, so if we can get a, "Predator," movie that is strange but good, I'll take it.

From what people know, "Skulls," is about a “Comanche woman who goes against gender norms and traditions to become a warrior," so a movie set in the past with Predators sounds just delightful, in my opinion. Strip away all the complicated lore or too many of the Predator-gadgets and just give us an intense battle between warriors and a mysterious somewhat-invisible monster and I'm good.