Because I'm Always Reading Something New

I love doing little capsule reviews when I have enough comics I've read recently to share some thoughts upon. This is a scenario where that very thing has occurred and I want to state my opinions on some recent releases. There isn't really an exact theme beyond that, to be honest. I just wanted to ramble. Shall we?

Stuff I Have Read and Such I have a bit of a soft spot for Taskmaster, a surreal villain-ish character who has the power to copy the skills of anyone he sees whilst wearing an absurd skull mask and generally acting like a pompous jerk. He's had some great mini-series at various points but never has been popular enough for an ongoing series. That trend continues with his latest mini-series that finds him accused of murdering a high-up member of S.H.I.E.L.D. but the twist is he didn't actually do it. Between a villain-themed golfing event that leads to a shoot-out and learning he has to confront some powerful people to prove his innocence, this is a fun little comic that managed to amuse me quite well. I mean, Taskmaster's ringtone is, "Working 9 to 5," which just makes this comic a winner off the bat. 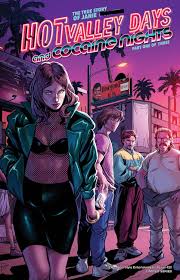 Hot Valley Days and Cocaine Nights #1
A new release from Antarctic Press, this comic follows a woman named Janie who has become a drug kingpin in LA. but now faces immense danger due to her desire to get out of the drug game. The comic switches between this 1980's present and a late-70's past to help us see just how Janie got to the point she has and what it might take for her to break free. I was entertained by the story and little artistic touches such as making it look like a VCR skipping with a tape anytime the timeline changes was pretty clever to witness in the comic. Highly recommended.
4.5 out of 5 stars. 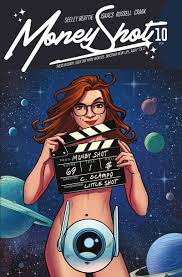 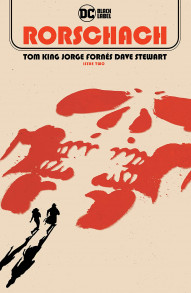 I found the first issue of, "Rorschach," to be full of interesting elements but lacking in much panache. It was perfectly, "Okay," but I hoped future issues would flesh-out the characters more and give the story a little gas after being a somewhat pedestrian start. Now that I've read the second issue, I am a bit more intrigued, but still feel a whole lot needs to be fleshed out before the overall focus of this story becomes clear. There's a liberal version of Steve Ditko in this universe (kinda) who is thought to possibly have tried to murder a conservative President and this issue explores that character more, but little else happens. Is this a comic about comic-books? A comic about the cult of celebrity? A sequel of sorts to, "Watchmen," or what? I'm still not sure, but I'm still at least a little more intrigued. 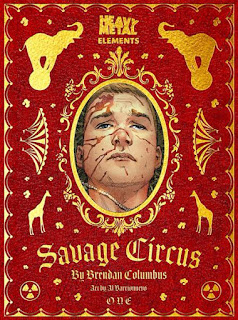 I really liked the first issue of, "Savage Circus," as its various plotlines all started to come together at the issue's climax. The thing is, the back of the comic describes how all these story points will result in something happening that doesn't even occur to issue #2--that all the monstrous creatures in this unique circus will be let loose in a quiet town. That makes this admittedly highly entertaining issue all build-up and that honestly annoys me a bit. I'm excited enough to pick-up the next issue that will have some payoff, but what can ya do? 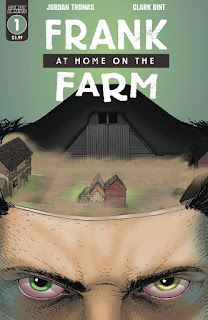 Frank at Home on the Farm #1
SCOUT Comics has been on fire lately with their great releases and, "Frank at Home on the Farm," is their latest debut and quite the eerie little read. Frank has returned home from WWI yet his entire family is missing from the farm. Pretty much nobody in the nearby town has a clue about their disappearance and strange sounds, as well as some twisted nightmares, are making Frank worry something is either wrong or he's gone crazy. This first issue keeps raising the tension as clearly something is quite off about this farm--whether it is real or in Frank's head remains to be seen. Definitely worth following to see what happens next.
4 out of 5 stars.
Posted by David Charles Bitterbaum at 12:09 PM