Grant Morrison Comes Out as Non-Binary 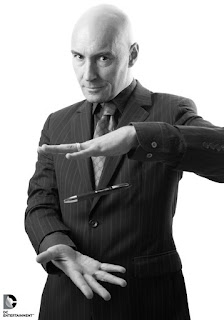 One of my favorite writers, Grant Morrison, has come out as non-binary and expressed their preference for they/them pronouns when being referred to from this point on. Morrison is behind my favorite comic ever, "The Filth," as well as their incredible run on, "New X-Men," and a bunch of other stellar works. I was a huge supporter of Morrison before, and continue to offer my accolades to them for being so damn talented and also all-around cool, regardless of gender. In an interview with CBR Morrision stated, "I've been non-binary, cross-dressing, 'gender queer' since I was 10 years old, but the available terms for what I was doing and how I felt were few and far between." I'm glad Morrison feels there are words to express who they are now and is comfortable sharing this with us.