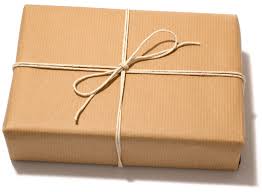 We are already deep into December, so what better time than now to discuss a variety of subscription boxes from November? I was able to sample some of these boxes and have two big disappointments and one that was okay enough that I'll try a future box or two. 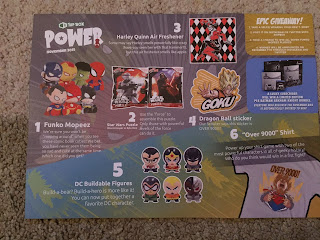 I'd heard some mixed things about this box, and yeah, it isn't for me. Upon looking at the items I got in this box my wife remarked, "A lot of that looks like stuff you could buy at Hot Topic." She has a point, from the little figure of Aquaman to the Flash Mopeez I got, nothing in this felt that special to me. Well, there was an exclusive shirt that mashes-up Goku and Superman with something about a power-level of being, "Over 9000," but I already gave that to someone else because my interest in Dragonball Z is pretty negligible (so the sticker didn't please me much either). Besides that the Harley Quinn air freshener was kind of fun with a pleasant fruit-smell, plus I got a somewhat interesting 100-piece Star Wars puzzle. Oh, and the pin is cute, I guess? 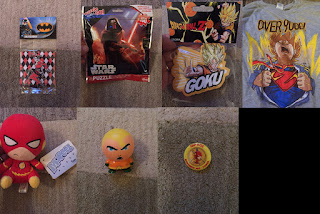 Overall this box just doesn't impress me much at all and strikes me as one big disappointment full of stuff one could generally just buy at the store. I would give this 2 out of 5 stars, but feel free to add half-a-star if you're a big Dragonball Z fan. You can explore the 1UP box here. 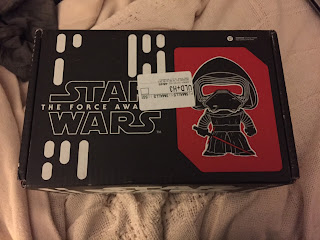 I've seen such cool things come in the Marvel Collector Corps boxes and this is the same folk, so why was this box lame in my opinion? I mean, if you absolutely love Funko Pop figures this maybe is a bit more impressive, but it features Storm Trooper characters--the guys and gals who are basically the comedic relief of the, "Star Wars," Universe with their terrible aim and easy-to-trick minds. Besides two Funk pops there was an interesting t-shirt, a lanyard, a patch & pin, and...that's it. 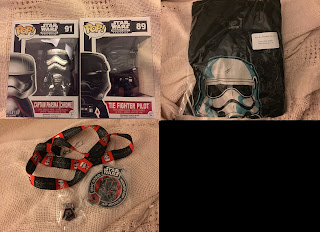 For what it costs ($31.95, so five cents short of 32 bucks after shipping) all the expense seems like it went toward the Funkos. I won't be getting the next one of these in January (it ships every two months). This is also 2 out of 5 stars, unless you're a big Funko aficionado. Information on the Smuggler's Bounty can be seen here. 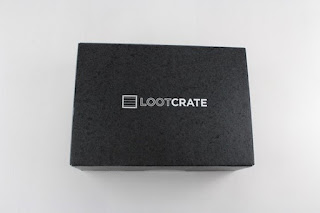 This had a mixture of meh items and some legitimately cool things. The Hunger Games pin was unimportant for me as I have never read the books or watched the moves. The Shredder Shades are kind of funny, but other than some novelty value serve little purpose. The magnets and figurine were nice and the comic is an exclusive to Loot Crate that tells a story about the employees teaming up with characters from the, "Street Fighter," video-game...or something. I'll read it for kicks maybe and post-up a review. Then there's a pin and some gift tags for if you give any Loot Crate stuff you have to friends and want to let them know where it came from. The main thing though is how the bobble-head themed for the, "Fallout," games was really cool. Without the bobble-head this would be pretty much a bust unless it turns out that novelty comic is really cool. There is also a little magazine that discusses the items in the box and other topics. 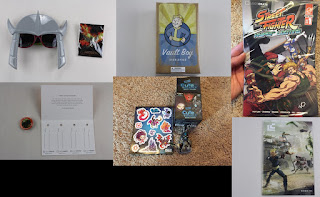 Overall this was an okay box, what with the awesome bobble-head, and then some meh stuff. Having seen that a number of previous months of Loot Crate were awesome though, and finding others complaining this box was a relatively rarer let-down out of their usual better editions has me thinking I should stick with this a tad longer to see what the future holds. This box though is an average 2.5 out of 5 stars in my opinion. You can learn more about Lootcrate here.
Posted by David Charles Bitterbaum at 10:06 AM