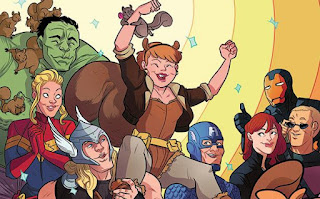 2015 had too many amazing artists. Whether it was Steve Skorce on the recently-concluded, "We Stand on Guard," or Piotr Kowlaski on, "Sex," there was some great art out there. We had R.M. Guéra providing amazing art for the start of, "The Goddamned," and, "The Unbeatable Squirrel Girl," wouldn't be nearly as much fun without Erica Henderson's artwork. Fiona Staples continued to amaze with, "Saga," and Jamie McKelvie's work on, "The Wicked and the Divine," or the latest mini of, "Phonogram," of course was stunning too.

This year really was rich in artistry. You could have Tom Neely supplying gritty and gruesome work on, "The Humans," in one comic and fun and peppy artwork in the Ant-Man titles. There were rich fantasy worlds supplied by Sana Takeda in, "Monstress," and amazing sci-fi thanks to the artists on varying issues of, "Mercury Heat," Omar Francia and Nahuel Lopez. 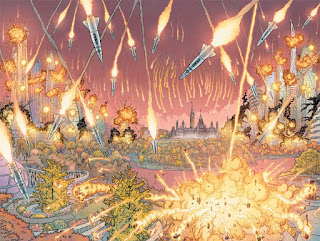 Yes, there really was just some flat-out wildly good art this year, and I feel I cannot pick someone as, "Best," because there was just too much high quality from everyone. I suppose that is a nice problem to have, that so many people impressed me to such a high degree. Maybe next year there will be someone who stands-out above the rest, but this year it was just a lot of greatness.
Posted by David Charles Bitterbaum at 11:20 PM

Email ThisBlogThis!Share to TwitterShare to FacebookShare to Pinterest
Labels: 2015 In Review, art, comics