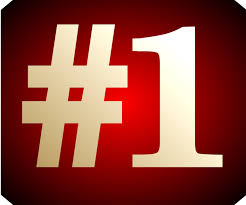 Out of all the amazing writing this year, one writer stood tall and above the others with almost every thing he put out being its own piece of brilliance. That person? Ales Kot--who also had the best single issue of 2015 in my eyes. 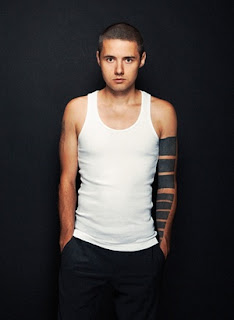 "The Surface", "Wolf", "Zero", "Material", "Dead Drop". These words all describe things by Ales Kot which I read this year, and are all things I loved to varying degrees--with some being oh-my-God-incredible ("The Surface", "Material", "Zero"), and others at least really good ("Dead Drop", "Wolf"). Whether taking a story that started out seeming like a simple tale of a soldiers in the future before morphing into a treatise on the nature of good and evil, or simply showing us the life events of everyday people dealing with some really trying circumstances, Kot has a way of making us care dearly about his characters and their stories.

Perhaps this is because Kot injects so much of himself into his writing, literally appearing within the final issue of his comic, "The Surface," and sharing a ton of personal details that result in us readers feeling like we know him not just as a writer, but on a deeply personal level. 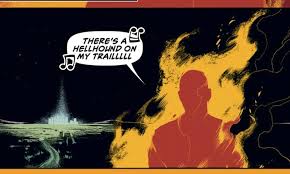 It isn't just characterization Kot excels at, his ability to draw from the news and popular-culture before coalescing these sources into a story is incredible. The world of "Material" is a perfect mirror of our own, ugly scars and injustices just as apparent in our reflection as the real world Kot takes these ideas from. Kot creates this amazing stories that are grounded in reality, but is just as able to give us a something more akin to fantasy such as in his comic, "Wolf," which features people with special abilities, but instead of super-hero outfits they just try to live a normal life with what little gifts they have. Throughout "Wolf" Kot has given us a world that again could be a mirror to our own with the racism and struggles--but in this case is more of a fun-house mirror what with the vampires and a little girl who may be the Anti-Christ.

Kot is a relatively newer talent, having emerged on the scene with, "Wild Children" and "Change" back in 2012. If he has already created work this good in that shorter span of time I can't wait to see what the future holds. 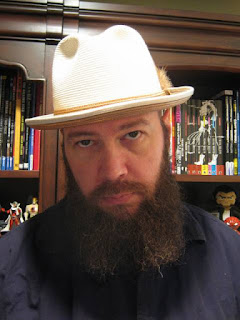 Jason Aaron has something mind-blowing in the form of his comic, "Southern Bastards." Even though it may have a rare slow issue, the way the comic has been coming to a slow boil since the death of whom we thought would be the protagonist in issue 4--Earl Tubbs. Since his murder at the hands of Coach Boss the tension has been growing as we watch the countdown to the town's big Football game, Tubb's daughter coming to town, and a lot of people clearly ready to knock Coach Boss from his place of power.

Something incredible is brewing in "Southern Bastards" and if the story achieves as incredible as climax as I'm hoping it will Aaron may very well be my writer of the year for 2016. The thing just is that I couldn't award him that for 2015 because while "Southern Bastards" is mind-blowingly good, it is the only thing by him in 2015 that made me go, "Wow!" (although that first issue of "The Goddamned" makes me think that may be quite the title to watch too). 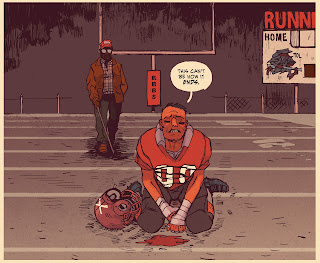 Between Kot, Aaron, and plenty of other great writers 2015 was full of some stellar stuff!
Posted by David Charles Bitterbaum at 12:56 AM