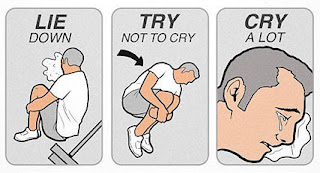 There are comics that could be considered just too beautiful for this world. Sometimes it is revealed they will be cancelled via a solicitation that declares an issue the last. Other times they will even have upcoming issues solicited but suddenly end. It is always painful when this happens, and this year there was one comic in particular I was devastated to see end abruptly and without warning. 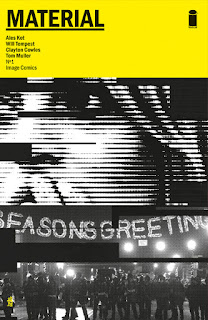 At only four issues, "Material," in fact had three more solicited before the writer, Ales Kot (who've I've been discussing a fair amount in these 2015 in Review posts) announced it was suddenly canceled. He later clarified a bit more that it just seemed the market wasn't into something like, "Material," and that it maybe, just maybe might continue in a periodical form, coming out in bigger chunks.

Reading between the lines here I'm thinking either, "Material," didn't sell well enough for it to make sense to keep publishing it, or it ruffled too many feathers and someone told Kot--be that Image, his friends, etc.--that he needed to stop before the boat found itself rocked too much. Because boy was this a comic that rocked the boat. You had a former Guantanamo Bay detainee who despite being innocent was tortured relentlessly and is now trying to adapt to everyday life. There is a young black man forced to work as an informant for a cruel and violent police-officer in Chicago. A professor who is fed-up with his listless class and potentially has been contacted by a sentient form of the internet (or is someone just playing an elaborate prank on him? He isn't sure). Then there is the actress who is simply trying to reboot her career with her own personal issues serving as the biggest obstacle. 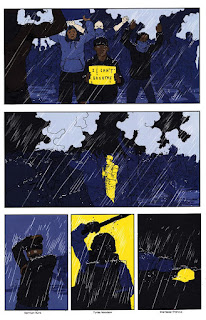 These people never find their stories intersecting but they clearly relate in a variety of thematic ways. This is the kind of comic that had liner-notes listing all the young black men murdered by police officers who then got off scott-free. This is a comic that recommends you read books on theater and art with links you can type into your computer to learn more. This is a comic that I now have to say, was a comic because the world is cruel and this ended right as it started making me really care about these individuals and their horrendously fucked-up lives.

Ales Kot says in one issue of this series that, "Comics will break your heart." He wasn't exaggerating because I'll be damned if I don't feel quite heartbroken that this amazing book ended so suddenly. I just can only hope it does come back in some form or another, and be somewhat thankful it did resolve a lot of things within its 4th issue to a degree that I'm not left wondering too much about all the characters. Still, it's such a shame something as mind-blowing as this ends. 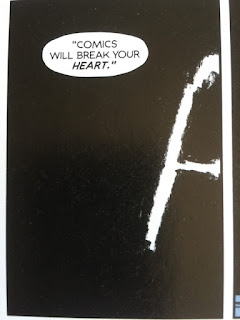 "Comics will break your heart," indeed. Screw you, Kot, for making me care so much about a comic. Screw you, and thank you.
Posted by David Charles Bitterbaum at 11:12 PM