2015 In Review--Embarrassing Comic Delay of the Year 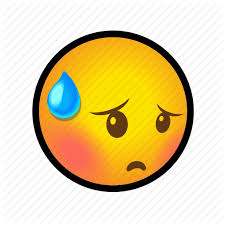 People generally don't like to look like fools, as if they have egg on their face, in the same manner as a horse's ass, etc. That said, we all sometimes do something that is quite embarrassing, be it saying the wrong thing, or making a promise we then can't keep. One thing that can make us look especially bad is when we state we're going to be somewhere--say, the comic shop--at a certain time. Then we find ourselves a bit delayed and don't arrive quite on time. By a number of months. It gets to the point where we said we would arrive at the comic shop when it was the Fall and now  we're not going to actually get there until 2016. We would look pretty silly if that occurred, wouldn't we? So yeah...

Secret Wars and Its Numerous Delays
We still haven't finished, "Secret Wars." The one big hint that we might have some trouble was when Marvel announced they would be splitting the eighth issue/expanding the story and needed to add a ninth issue to conclude everything. That sounded vaguely like, "We are already so behind we need to push the last issue back a month and by throwing in a few extras maybe we can split stuff up," but things weren't really bad until issues started slipping...and slipping...and now we're at the end of 2015 with a series that initially was going to end in October-or-so but won't have its last issue out until January 6th (precluding any further delays).

The most embarrassing thing about all this was how, "Secret Wars," was supposed to have all these carefully timed tie-ins and then lead-in to a relaunch of sorts...now all the tie-in comics for the event have wrapped. As for the new books? Well, those comics have come out and some are on their 3rd issues, making it pretty easy to guess some of the final elements of, "Secret Wars," or decide that this, "Universe-altering, super-amazing, wild and crazy," event was actually kind of inconsequential overall. That is, it was unimportant other than that it seems to have gotten rid of the Fantastic Four as a part of a vendetta against the characters--thanks Marvel CEO, Ike Pearlmutter!
This is one pile of shame for Marvel. We can all try and make the usual excuses about how events are hard, things that can't be predicted occur, etc. etc. we really can do that. It's just, the thing is, when you're a billion-dollar corporation and seem to habitually have delays in your events this goes from being a bit of an embarrassment, to a colossal mess. Considering how awful this all has looked, I hereby, declare Marvel and its, "Secret Wars," as the embarrassing delay of the year. I hope they enjoy their, "award," whilst finally finishing this event. At least it apparently is pretty decent and will read well in trade. That's a positive thing, right?
Posted by David Charles Bitterbaum at 4:16 PM