"Skull and Bones," Has an Even More Troubled Development Than Suspected 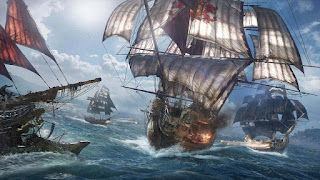 Back in 2020, I discussed how, "Skull and Bones," was a video-game that seemed to be in development Hell. Little did I suspect just how bad things really were as a new and lengthy article from Kotaku breaks down. Written by Ethan Gack, the piece has quotes from many (anonymous) developers discussing a title that seems to lack any clear focus, is millions of dollars in the hole, and has basically nothing to show for years of work--so much would get made then scrapped. The phrase, "Running around in a loop," is used to describe development. The developer, Ubisoft, has had lots of controversies over the years about staff mistreatment and sexual harassment, so this is yet another problem for the conglomerate.

"Skull and Bones," may eventually take shape into a playable and enjoyable game. It may even be awesome if it does finally come out. Right now though? Things are just rough. It's a shame as pirate games can be pretty fun when done well.