Nintendo Announced a Switch With a Bigger Screen and Everyone Shrugged 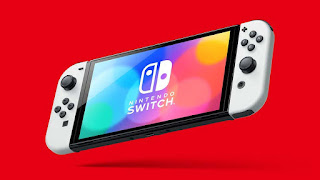 It seems like for a while now the hot rumor has been Nintendo is working on a successor to the Switch. Nothing was announced at E3, to the surprise of many. Well, now I can report that Nintendo has announced...a new Switch model with a bigger and nicer screen. If I had told this to a big crowd you could probably hear the crickets and yawns that metaphorically greeted this announcement. It is a bigger screen and it is OLED instead of LCD. That's basically it. The little detachable controllers work with this model the same as others, it has expandable memory, it is the same Switch we are all familiar with, it just has a slightly bigger screen. I'm sure it'll look nice, but one wonders when Nintendo may reveal the more interesting stuff they're cooking up. We'll have to wait and see.