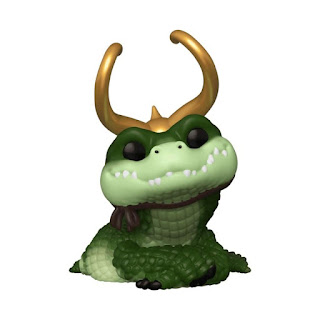 Okay, so a spoiler warning if you haven't seen the most recent episodes of Loki, but he met a bunch of variants of himself and one happened to be an alligator. This was hilarious and resulted in some great moments. It has been announced there will be a Funko Pop of the Alligator Loki (Alloki?) and I don't collect nearly as many Funko Pops these days but I do think I want this. I mean, just look at it up there--it's adorable! Expect it in stores sooner than later and expect me to probably buy one!