Sympathy for the Speculator? 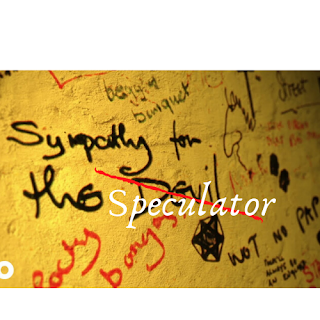 My friend Tony from Comics Heating Up and I once did an article on each other's websites. I said how once upon a time I viewed comic-book speculation as the Devil before coming-around to a more complex viewpoint. Tony just simply declared himself the Devil in a tongue-in-cheek fashion. Comic-book speculation has been around for quite some time. It was (mostly rightfully) blamed for the collapse of the industry in the 1990s that took a long time for publishers to come back from. It didn't go anywhere, but simmered more in the background until recently.

My friend Nick created the Key Collector App and I talked about it in January of 2019 before it really became popular in the Summer. I felt it was a good way to see what in your collection has value, or to find cool stuff when browsing the dollar bins at stores. I've talked to some comic-book stores that think it is a handy way to know what books may become, "Hot," and are worth ordering. I've spoken with other stores that think it is, well, the Devil. One new article worried about the comic-book industry has basically said it is like a poisonous gas.

A lot of focus on speculators and how they are either good for comics or a plague upon it has arisen with the hype lately around someone named Punchline. I made a post about how people were going nuts for her early appearances in assorted comics and that DC had been hyping her up. A man with extensive experience and knowledge in the comic-book industry, retailer and writer Brian Hibbs had some harsh words for people trying to speculate on Punchline or comic-books in general. We are seeing a very apparent line being drawn between those who think comics should just be bought and read for enjoyment and those who see them as a way to make some money. This leads to me and how I've always asked the question, "Can't it be both?"

I will sell items from my collection if they feature a character who has suddenly become popular and will use that money to buy more comics I like. I'll sometimes sell a newer book if I don't want to keep it and it is popular, using that money to (you guessed it), buy more comics. Between flipping some comics and doing a bit of freelance ghostwriting here-and-there it allows my comic hobby to sustain itself without losing money buying the books I love to read. I'm not some super-professional speculator buying tons of copies of a book and raking in cashing flipping them, but some would maybe consider me a small-scale speculator to some degree and unleash their wrath upon me. Others would say what I do is okay because I'm funding my comic-book hobby of buying books I just like reading (and which have no value) via sometimes selling ones that are, "Hot." I'm in a gray zone of sorts, and it is why I don't rush to condemn speculation as some folk do or outright try to argue it is good for the comic-book industry (it can hurt it too).

I'm just here trying to say that speculation isn't outright the Devil, and it can have its uses in this industry. Old books with popular characters are valuable and new books with possibly hot characters have value and may stay pricey or end-up fizzling. Should speculators want to buy a bunch of, "Punchline," and end up eating the cost, that will be that. If comics can innovate and have steady sales with quality content that matches the hype, that's perfectly fine. Should the industry try to simply play into speculators' hands it will be a collapse like we saw in the 90s, possibly a worse one there will be no recovery from. Tony at Comics Heating Up isn't the Devil. Nick with his Key Collector App isn't the Devil. They are people who provide information and the market responds accordingly. I sometimes sell my books for even the smallest of profit and that doesn't make me Devil either, in my opinion. 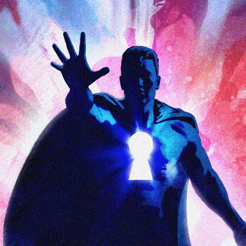 There are people who are awful out there when it comes to speculation, but you can't lump everyone together. It is a complex machine we are all looking at right now with the comic-book industry and what the future holds for it. Speculation is just one gear of a whole lot of parts, and while one part breaking can damage it all, plenty of other parts are a concern too (I'm looking at you, the horrifically broken Direct Market model). Let's just try to keep this metaphorical contraption well-greased and running efficiently so we can all continue to enjoy our comic-books for the years to come.
Posted by David Charles Bitterbaum at 11:11 AM