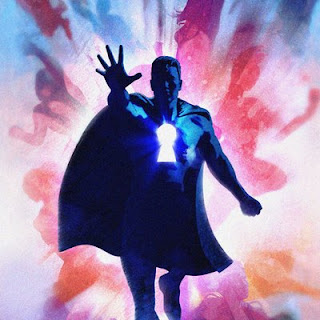 I dabble in comic-book speculation, as folk may know, which is the art of buying a comic in the hopes it will have some value shortly (or later on) and then selling it. I've written about hot comics for my occasional segment The Hot Comics Revue, and I'm a big fan of the website Comics Heating Up (a fantastic place to learn about upcoming comics that might be sought-after). One thing I heard about and have used for a bit is Key Collector Comics. They both have a website and a really professional app. You can use it to find details about past comics that are getting popular, upcoming releases that might be worth getting, and scuttlebutt about things that aren't hot now, but if they get optioned/have a show made, might very well then be in-demand.

Key Collector Comics is free to use, but if you want a whole bunch of other helpful features (alerts, assorted snazzy articles) you can subscribe for $1.99 a month or $19.99 for the whole year. Based on how much this website and its app contains I would say that is quite worth the price. For example, once I made my account a paid one I took advantage of some alerts about books that might become, "Key," issues to dig in my back-issues and pull-out comics that I thought were worth all of a dollar but depending on what the future holds might go for a chunk more someday. Even if you are someone who doesn't do much buying and/or selling of comic-books, the lists and writings are full of fun facts, trivia, and otherwise I'd say they're extremely informative if you just like learning about comics.

I'd encourage folk to visit the website, and for sure try Key Collector Comics out on their iPhone, or if they have an Android-style phone it is available in that format as well. Between the user-friendly design and great content I really like Key Collector Comics and am eager to continue using it to both get advice on popular comics, and learn a lot of interesting things too.
Posted by David Charles Bitterbaum at 4:35 PM